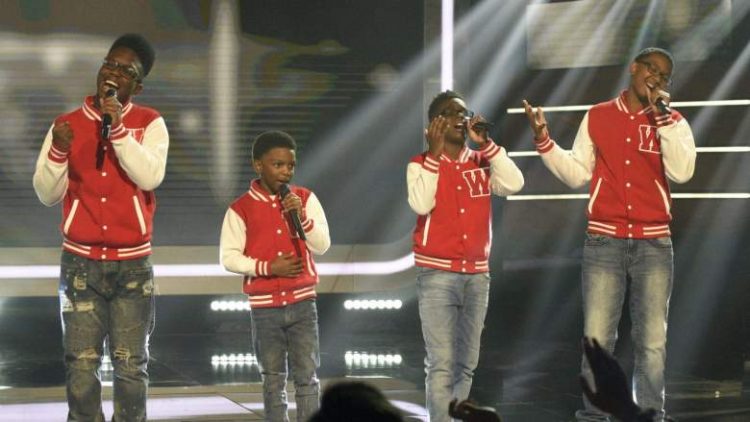 If you have yet to see Nickelodeon’s new singing competition, America’s Most Musical Family, which debuted on November 1st, you are missing something that is destined to be the next big thing on television. The show follows 30 families on their competition journey to win $250,000 in prize money and a recording contract.

One family that has definitely become a crowd favorite is the WanMor family and if you take a look at their rendition of the 1991 Boyz II Men song, “It’s so Hard to Say Goodbye to Yesterday,” you will know why. If their voices sound a bit familiar, there’s a reason for that too.

1. The family name is a tribute to papa

“WanMor” is a tribute to the family patriarch, Wanya Morris. Morris is a founding member of the singing group Boyz II Men, along with Nathan Morris, Shawn Stockman, and former members Michael McCary and Marc Nelson.

2. But the name is also about themselves

Each of Wanya’s sons is actually named “Wanya” too. Wanya II is nicknamed “Big Boy,” Wanya III is called “Chulo,” Wanya IV is nicknamed “Tyvas” and Wanya V is “Rocco.” The boys range in age from 15 to 9-years-old.

3. The WanMor boys are their own Boyz II Men in the making

Listen to this small clip from Instagram and judge for yourself.

4. Nathan Morris is not their actual uncle

Wanya Morris and Nathan Morris are not actually related in real life, but many people still believe that they are. The group was formed because all of its members met at the Philadelphia High School for the Performing Arts.

5. They were cut from America’s Got Talent

It’s hard to imagine anyone cutting this talented group of youngsters, but what is America’s Got Talent’s loss is America’s Most Musical Family’s gain.

AYESHA CURRY'S PLAYS "BABY SHARK" FOR SON AND HE LOVES IT!

Nickelodeon's Aria Brooks has  released her latest single, "twinnin'," featuring Atelomidas.  The talented All That star is...

Kyla-Drew is not only an actress, but she is also a child prodigy. The 16-year-old...