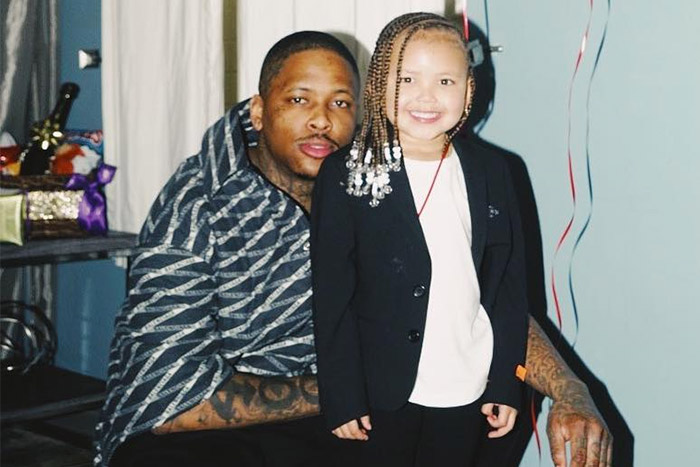 YG is in the hot seat after a video of him showing his daughter weed has gone viral.  In the clip, the rapper can be seen lifting a  bag of the psychoactive drug and asking his daughter, Harmony, what’s in the bag. Harmony then responds, “Broccoli”.

The video, which was first posted on YG’s Instagram story, has since been deleted, but not before fans got a hold of it:

The Internet is going crazy over YG allowing his daughter to pick up what seems to be “weed” yet calling it “broccoli” Are they overreacting? Cc @Gidi_Traffic pic.twitter.com/dIIpLn6gAo

People are trying to justify YG showing his daughter his stash of weed by saying it’s legal in Cali, but why is he exposing his child to drugs

People are upset with YG for keeping it real with his Daughter at an early Age….I’m not sugar coating nothing with my daughter.

I just know YG did not record himself giving his daughter a bag of weed asking her what it smell like 😂 I JUST KNOOOOWWWWW HE DID NOT post that.

T.I. goes to the gynocologist with his daughter to verify her Hyman is still in tact to make him feel she’s not having sex, YG has his daughter smelling his weed which she calls broccoli, Popeyes customers and employees fighting to the death around the country…

YG is a father to two daughters: Harmony and a baby girl named Vibe, whom he welcomed earlier this year with his former girlfriend Catelyn Sparks.