Home » PARENTING » BREASTFEEDING: HOW OLD IS TOO OLD? 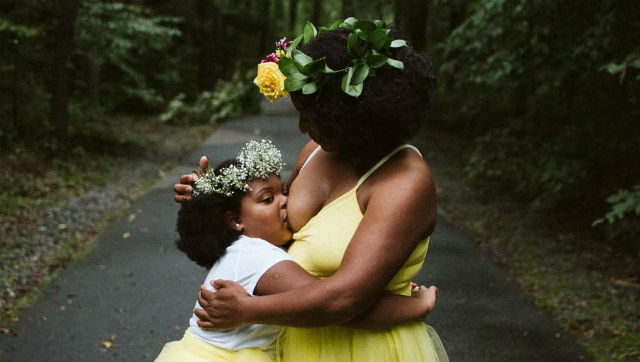 Breastfeeding is a natural and special occurrence between mother and child. The act creates an immediate special bond between the two. However, recently, the question has surfaced how old is too old to continue breastfeeding? Coco Austin, wife of Ice T and mother to four-year-old Chanel, went viral when she posted a picture of herself still breastfeeding her child.

“I’m so blessed to have this unbelievable experience in this thing called Nursing,” she wrote. “I hung in there, and now almost four years later Chanel still wants the boob. It’s more of a comfort thing now, and of course she eats regular, but nap time and nighttime are our time, and I’m lucky she hasn’t grown out of it yet because when that moment comes I will be so sad. It’s the best feeling, and ALL mothers that nurse know.”

A mothers calling…. I'm so blessed to have this unbelievable experience in this thing called Nursing.. I had a hard time breastfeeding the 1st week of when Chanel was born, I almost gave up but my family told me to hang for another week.They told me I dont want to miss this special moment you have with your child.. health wise and bond wise..I hung in there and now almost 4 years later Chanel still wants the boob ..(Chanel is 3 and turning 4 in 2 months)Its more of a comfort thing now and of course she eats regular but nap time and night time are our time and I'm lucky she hasn't grown out it yet because when that moment comes I will be so sad..its the best feeling and ALL mothers that nurse know.. I talk all about this kind of stuff on my baby blog at www.thecocoblog.com if you want to read my journey with Chanel #normalizebreastfeeding -swipe for more pics

Many people have weighed in on the subject, in general, and one of those is mother Shanna Garvey, who breastfeed her child until he was three-years-old, in an interview with Foxnews.com.

“It would be his way of coping with situations that weren’t comfortable for him,” Garvey said. “He became a fixture on my hip.” In many other countries, it is common for nursing mothers to breastfeed beyond the first year. In the US, according to the CDC, 49 percent of mothers breastfeed for six months and 27 percent are doing it up to a year. The WHO, World Health Organization, recommends breastfeeding up to two years and beyond.

Everyone knows that breastfeeding has amazing and immense health benefits for infants, but those same benefits extend to toddlers.

“There’s no point at which you can’t say, ‘There’s no value to this,’” Dr. Joan Meek, chair of the American Academy of Pediatrics’ section on breast-feeding and a professor of clinical sciences for the Florida State University College of Medicine, said in the same interview with Foxnews.com. “The more total months of breast-feeding that a mother does throughout her lifetime, the greater the protection.”

Happy//Black//Breastfeeding//Week! Day 4! PROUD MOMMA MOMENT. This is my SECOND daughter who has chosen to #breastfeed. It has not always been easy but she makes the sacrifice for her children. Her older sister, @smile_so_pretty was the first of my daughters to be a #breastfeedingmomma. Taylor has had challenging pregnancies and experienced a health scare with my most recent grandbaby. But God!!!! She works the 11p-7a shift so that I can watch the kids and be there for her daughter, who just started Kindergarten. This photo just captures the very essence of her as a mother….and I am proud. Proud of my daughters….who choose to Breastfeed when it isn't so easy to do so. @porshiahernandezphoto #ittakesavillage #wearethevillage #changingthenarrative #blackwomendobreastfeed #blackwomenDOtandemnurse #ibclcmom #yourIBCLC #changingourfamilynarrative #weareablackbreastfeedingfamily #bbw2019 #nbm2019 #wedothis

So, when is it time to stop? Well, according to the experts, most mothers stop breastfeeding between two-and three-years-old. While others continue well beyond. But, they also ultimately say that it is up to the mother and family as a whole to make the transition.

Happy//Black//Breastfeeding//Week!!!!! Today is the LAST day of celebrating all the beautiful #blackbreastfeeding familes around the country!!!! This is a bittersweet celebration this year. It marks the end of an era for me. I started my #breastfeedingjourney over 26 years ago. I have proudly #breastfed my FIVE children, THREE of my four grandchildren and TWO family friend's babies. My most recent journey with Bella lasted six (6) and a half years!!!! Bella and I will take the time to document our time together because I think it will bless other families but until then…..enjoy our LAST #bbwphotoshoot sharing our final #latch with you all!😌 Sn: If you have questions about #fulltermbreastfeeding….don't be a pain in my side….ask you questions and I will be sure to answer. BUT…..if you come on my photo with ignorance….I WILL respond accordingly. 😒 Photo Credit: @porshiahernandezphoto #bbw2019 #nbm2019 #blkbfing #bwdbf #fayettevillenc #wedothis

“Mommy should not be pressuring herself one way or the other or having a rigid idea of what ‘right’ looks like,” Dr. Shoshana Bennett, a clinical psychologist, a perinatal specialist in Orange County, Calif. and author of “Postpartum Depression for Dummies, told Foxnews.com. “Whatever is right for that particular mom, that dad and that family will be the right way to go.”

What do you think? Sound-off! We want to hear from moms on both sides of the issue!

Easter is right around the corner and for many kids, the holiday icing on the... 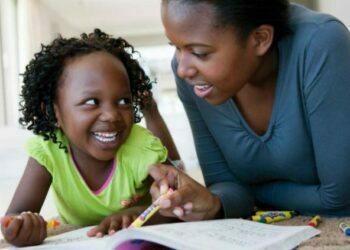 Every family has their own moral compass that they set out to follow and instill... 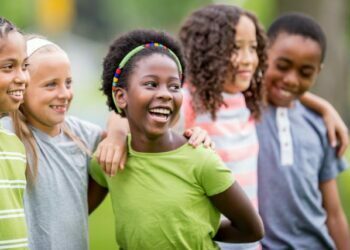 FIVE WAYS TO TEACH KIDS TO THINK FOR THEMSELVES

It is every parent's desire to teach their children to become independent thinkers and not...