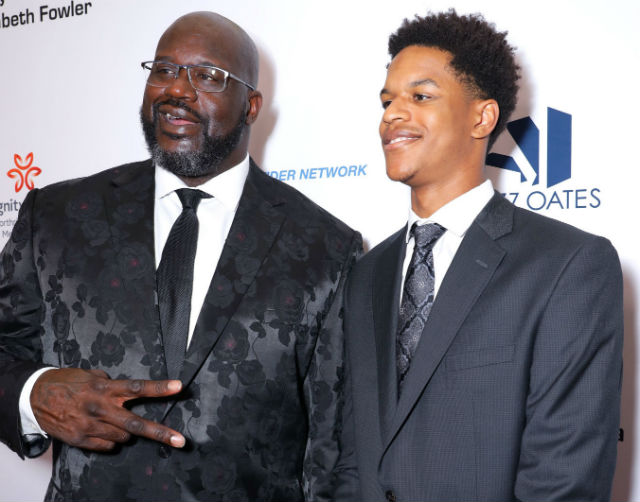 Shareef O’Neal has come a long way since last year. During September 2018, the son of the 4-time NBA champion and Hall of Famer Shaquille O’Neal was found to have a heart defect. Three months later in December, O’Neal underwent heart surgery to correct the aforementioned defect, causing him to miss his entire freshman season with UCLA as he recovered. Fortunately, O’Neal made a full recovery and is eager to prove his worth to UCLA this season.

I walked into staples today … turn around and I jumped .. thought my dad surprised me but it’s just a 7’5 cardboard cut out … you can tell I was happy 😂

“I’ve been waiting for this for a very long time,” O’Neal said during an interview on Monday practice about the upcoming season. A 6-foot-9 220-pound forward, O’Neal is explosively athletic and a versatile shooter. UCLA head coach Mick Cronin describes him as also being very receptive to constructive criticism.

“He never views coaching as criticism, so he wants you to coach him,” Cronin mentioned about O’Neal. “He knows that’s his way to gain knowledge in practice and continue to grow, so that will accelerate his growth as a player. He’s a coach’s dream when it comes to that.”

Though O’Neal has a scar on his chest from the surgery and wears a device to monitor his heart for research purposes during practice, O’Neal said during the interview that he doesn’t let it affect his play.

Patience was always the key and still is 🤞🏽

“I know people probably have a lot of questions in their head after the surgery, but it’s not something that bothers me,” O’Neal said. “I don’t worry about it when I play; I just go out there and play my game.”

O’Neal played in the Drew League over the summer and in UCLA’s exhibition game against Stanislaus State, putting up six points and five rebounds in a 87-57 UCLA victory. O’Neal made his debut on Wednesday in UCLA’s season opener, with UCLA edging out Long Beach State in a 69-65 comeback victory. Though O’Neal only played six minutes with three rebounds and a steal, he will most definitely have many more opportunities to showcase his skill and talent as the season progresses.