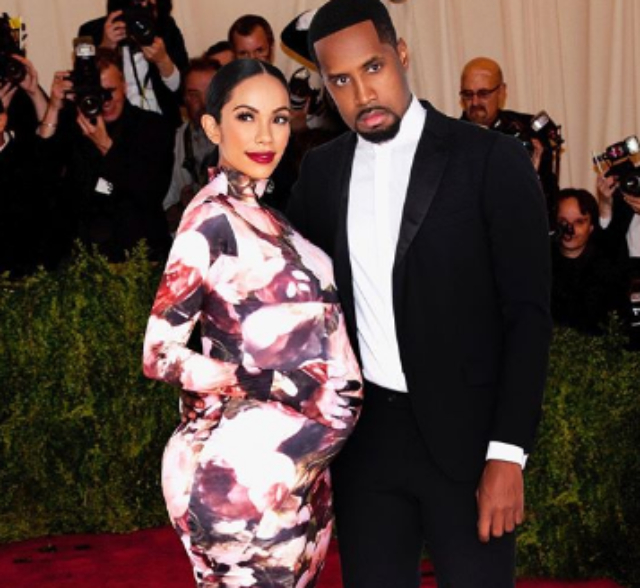 Erica Mena and Safaree Samuels were all about keeping up with the Wests this Halloween. The Love and Hip Hop stars dressed as Kim Kardashian and Kanye West at Met Gala 2013 for the holiday.

Erica rocked Kim’s look from top to bottom. The expectant star even had the matching gloves that made Kim’s gown so amazing at Met Gala 2013. “Nailed it,” one fan exclaimed. Others commented on Safaree’s facial expression, which was the perfect depiction of Kanye West. “He nailed [it],” one Instagram follower shared. “Ye’s face and everything,” the fan added.

Erica Mena commented on her and Safaree’s Halloween attire after Thursday’s festivities. “Seriously so much fun,” Mena said of the evening’s events. “My husband took this very seriously,” Erica mused. “Happy Halloween Everyone From US,” the pregnant star shared.

Safaree and Erica Mena confirmed their expectancy a few weeks ago. The celebrity couple learned they would welcome a girl next year in a spectacular gender reveal party. Many of Safaree and Erica’s friends came out to celebrate the couple’s expanding family.

“It’s a big deal! Very big deal,” Safaree said of his and Erica’s expectancy. “I’m excited,” he added. “I’m nervous. I’m in shock. I’m in disbelief. It’s very surreal to me. I don’t know what to do but I know I’m going to be great at what I do because I’m great at everything.”

Erica Mena and Safaree are expecting their first child together. The little one will join Erica’s son, King, at home. Stay tuned for more Love and Hip Hop baby news!

CHRIS BOSH, WIFE AND KIDS GET IN THE HALLOWEEN SPIRIT