Home » NEWS » TOYA WRIGHT AND THE FAMILY ARE ‘US’ FOR HALLOWEEN

TOYA WRIGHT AND THE FAMILY ARE ‘US’ FOR HALLOWEEN 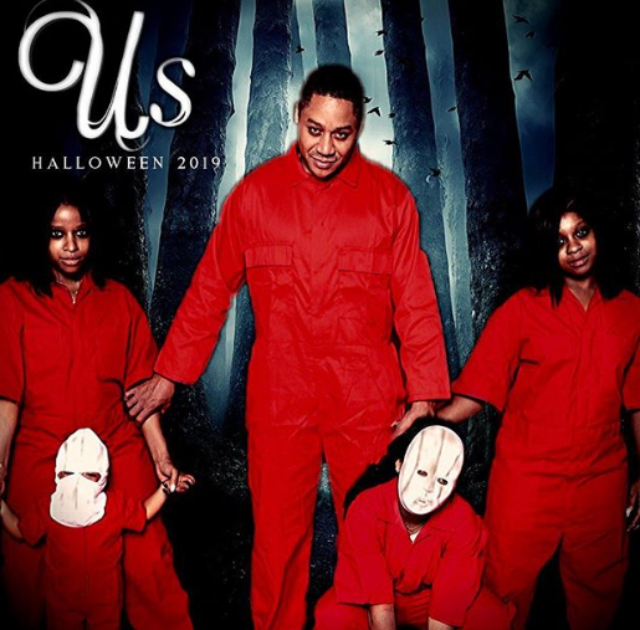 Toya Wright and the family dressed as The Tethered from Jordan Peele’s Us this Halloween. The star family captured the spirit of the spooky characters from start to finish.

Those who watched Us know that The Tethered were outcasts who lived underground and mimicked individuals who lived on the surface floor. Jordan Peele recently shared his motivation to create something that was more than just a horror film. Interestingly, Peele’s inspiration for Us came from his time as a college student in New York. The director recalled having to pass by a mirror on his way to the train and the experience of looking at himself being oddly creepy.

“It was one of these nightmarish things, that creepy feeling of, I’ve got to get out of here because I don’t know what is coming,” Peele shared. “It led me to this thing that we don’t look at ourselves,” he added. “It’s too hard for us to look at ourselves, both as individuals and as a group,” Peele concluded.

Toya Wright and her family appeared ready to take on the challenger of facing themselves. The celebrity mom and her daughters, Reginae and Reign, were definitely in-character for the family’s Halloween photo-op.

Toya’s boyfriend, Robert Rushing, also got in the spirit of the holiday. Robert, who typically stays away from the spotlight, was camera-ready for this photo. “Happy Halloween from Us,” Toya wrote online. “Y’all did this,” Rasheeda wrote in response to the family’s candid.