"The King Is Here" 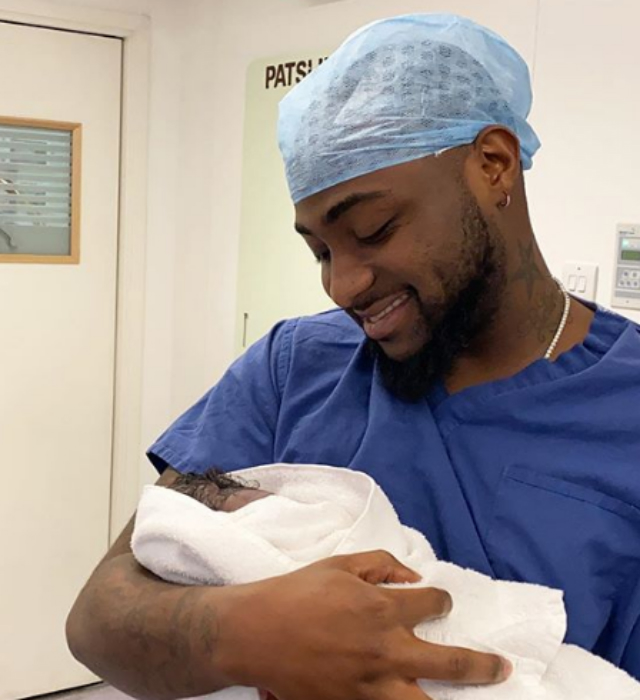 Congratulations to Davido, real name David Adedeji Adeleke, and his fiancee, Chioma Rowland, on the arrival of their baby boy. The celebrity couple welcomed their son this past weekend.

Davido shared a video clip of him bonding with his newborn son. “What’s up, son,” the Nigerian singer and producer asked while looking at his newborn son. Davido’s expression in the video said everything that fans needed to know about his excitement. “Grateful the king is here,” the celebrity father captioned.

Davido asked Chioma Rowland, who is a gourmet chef, to marry him earlier this year. The couple is set to tie the matrimonial knot next year. “Massive congrats brother,” one fan wrote in response to Davido and Chioma welcoming their son. “Too happy for y’all.” Another of Davido’s social media followers wrote, “Congratulations champ. May your kids grow in love and light.”

Davido discussed his career as a Nigerian singer and producer during a recent interview with Okay Africa. “I was making American rap and hip-hop music,” the entertainer explained. “I didn’t really involve myself in African music until I went home in December after two years of being in America,” Davido added.

SOLANGE'S SON IS GROWING UP BEFORE OUR EYES

SOLANGE'S SON IS GROWING UP BEFORE OUR EYES