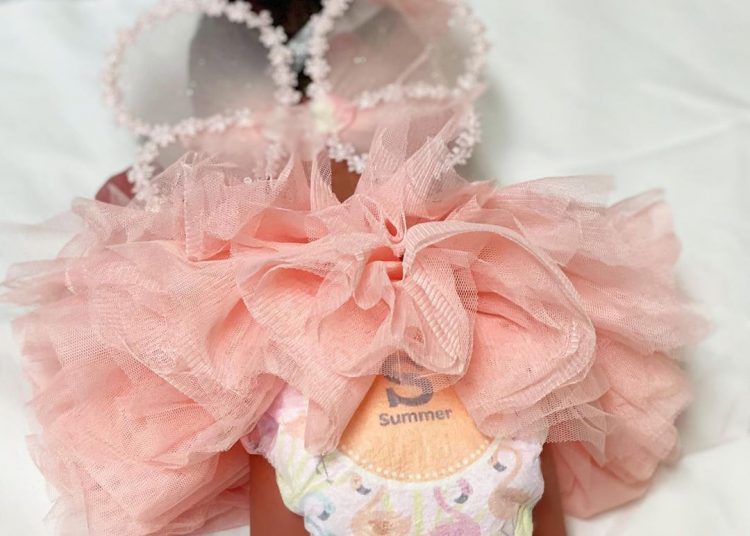 City Girls’ Yung Miami and her boyfriend Southside have welcomed their first child together, a baby girl named Summer.

“Summer Miami. So happy and blessed,” Miami captioned on a series of photos of her baby girl. One such image showed Summer sleeping peacefully next to her father.

The rapper announced in June via Instagram that she and the music producer were expecting a child together.

“I’ve been going back and forth to share this moment with my fans,” the expectant star began her announcement. “But on MY TERMS! I want this journey to be nothing but positive going forward and I wanted to share this with y’all. No one knows what is best for me but GOD, and this was just his timing for me.”

Yung Miami went on to tell her followers, “Everybody doubted me and said I shouldn’t be rapping and that I wouldn’t be able to hold the group down while JT was away but I did just that and then some, to the point that you all have made this experience as a rapper so fulfilling that I cannot wait to show more of what I really have in store for my fans.”

Miami already has a son named Jai Wiggins Jr, whom she shares with ex Jai Wiggins.

KEEPING UP WITH THE KARDASHIAN KIDS: STORMI, TRUE AND DREAM HEAD TO THE PUMPKIN PATCH

Joseline Hernandez is speaking out following the death of George Floyd. The Zeus Network star...

Guess who had a TikTok slumber party in celebration of her sixth birthday? Why, Royalty...

KEEPING UP WITH THE KARDASHIAN KIDS: STORMI, TRUE AND DREAM HEAD TO THE PUMPKIN PATCH