"I Just Love Being A Mom" 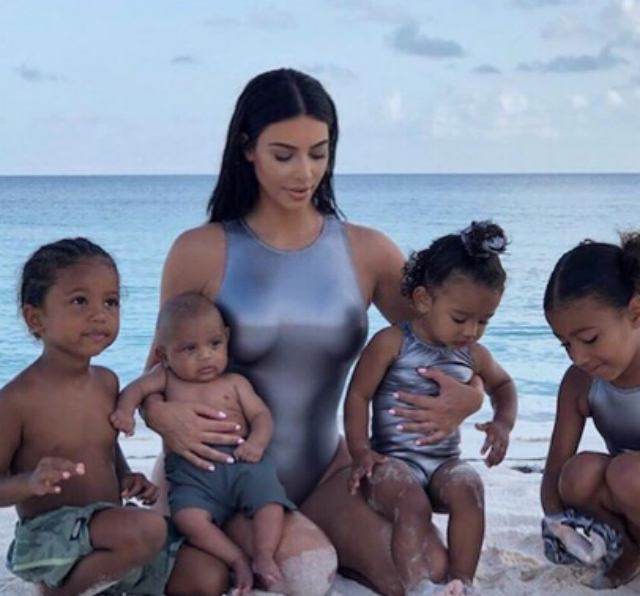 Kim Kardashian admits that parenting four kids can be challenging. There is nothing, however, that brings more fulfillment to the Keeping Up With The Kardashians star.

My baby Psalm is getting so big. He started off looking like Chicago but now looks like Saint’s twin!

“Being a mom is everything,” Kim said during a recent television spot on E! True Hollywood Story. The Keeping Up With The Kardashians star went on to describe her role as a mom as “the best feeling in the world. I just love being a mom,” Kim added. The entrepreneur did not negate the fact that parenting four kids is sometimes “exhausting” and “grueling.” Still, Kim deemed the experience as “the best.”

It was just a few days ago that Kim Kardashian watched as all four of her children were baptized at the Etchmiadzin Cathedral in Vagharshapat, Armenia. The ceremony came days after Kim told her social media fans that she was planning a trip to Armenia for both business and pleasure.

“As a brand, we believe in embracing all people,” Kim told her fans. “As an individual, I have been working towards broader goals in hopes of bringing forward the recognition of the Armenian genocide which I remain very passionate about.”

Kim Kardashian and Kanye West have two sons, Saint and Psalm, and two daughters, North and Chicago. Stay tuned for more Keeping Up With The Kardashians news!