"I Have So Much To Teach Him" 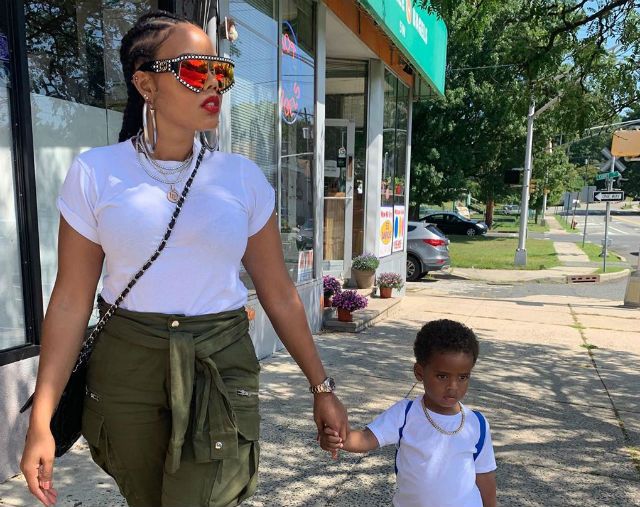 Angela Simmons and her son, Suton Tennyson Jr., are fitness pals. The celebrity mom recently uploaded video clips of her enjoying a workout session with her son. We think Sutton has a knack for exercise just like his mom!

“On Sundays, we do fitness indoors,” the celebrity mom shared with her Instagram fans. “Well, today we did,” Angela mused. “He wants to do what I do,” Simmons continued. “I have so much to teach him.”

On Sundays we do fitness indoors … well today we did lol !! Haha he wants to do what I do lol . I have so much to teach him 💪🏽😊♥️ @purpose_app

Angela has been teaching her son a lot about life as of late. It was just a few weeks ago that the celebrity mom had a candid conversation with her son about the value of hard work, which begins with consistent school attendance. Sutton didn’t appear to be too taken in by what his mother was saying at the time. Perhaps, the youngster has experienced a change of heart.

Angela Simmons shared a touching tribute to her son’s late father, Sutton Tennyson Sr., on Mother’s Day. “Motherhood has changed me forever,” the celebrity mom wrote online. “I am forever grateful,” Angela continued. The star mom went on to tell her son’s father, “Thank you for my blessing. He’s beautiful.”

It’s in his blood ! So Atlanta @wearelittlegiants ♥️ Fit : @childsplayclothing Shoes : His Daddy got him when he was born 😩 @gucci 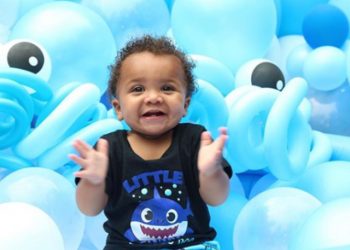 Kimbella's son, Santana, celebrated his first birthday over the weekend. The youngster was surrounded by...

Usain Bolt, an eight-time Olympic Gold medalist, showed off the first public pictures of his...

CAM NEWTON CELEBRATES BIRTHDAYS FOR TWO OF HIS SONS