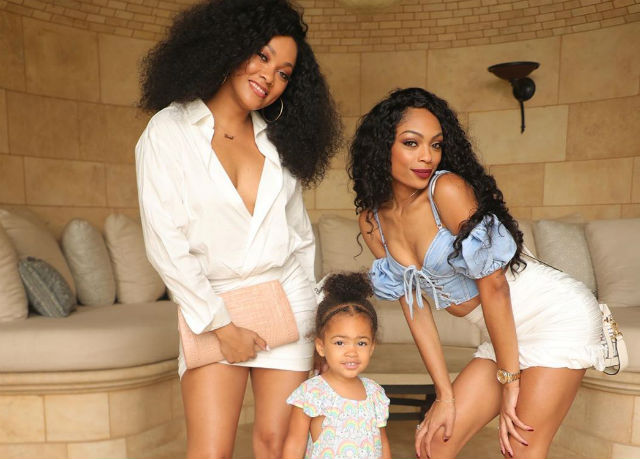 Eddie Murphy was joined by eight of his ten kids, along with his fiancée Paige Butcher and mom Lillian Murphy, at the LA Premiere Of Netflix’s “Dolemite Is My Name” presented by Netflix on September 28, 2019 in Los Angeles, California.

Dolemite Is My Name stars Murphy as filmmaker Rudy Ray Moore, best known for portraying the character of Dolemite in both his stand-up routine and a series of blaxploitation films.

“It’s a uniquely inspirational story. There is nobody else like him [Rudy Ray Moore] and nobody did it like him,” Murphy told ET Canada while his fiancée stood proudly by his side.

Eddie and Butcher have two children together, son Max Charles and daughter Izzy Oona, who was in attendance at the screening and all smiles as she posed next to her big sisters Shayne and Bria.

Also in attendance were Murphy’s two oldest sons Eric and Christian; and all five of his children with ex-wife Nicole Murphy-son Miles and daughters Bria, Shayne Audra, Zola Ivy, and Bella Zahra.