"My Lungs Were Full OF Fluid" 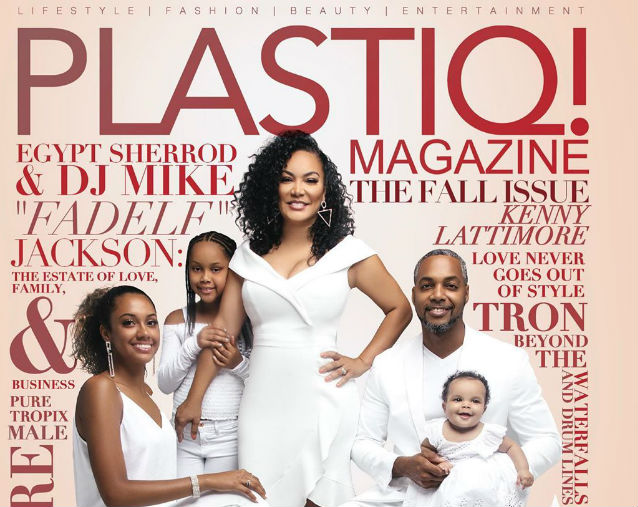 Egypt Sherrod and her husband, Mike Jackson, are the proud parents of two daughters. The HGTV star talks to PLASTIQ! magazine about the complications that she faced before and after pregnancy that threatened her and her daughter Harper Skye’s life.

“I wanted another child so bad and [the doctors said] I couldn’t,” Sherrod shares. “This is why I say don’t believe what the doctors say. Believe what God says,” the celebrity mom adds. “Because I had asked every doctor why I couldn’t get pregnant, what the issues were, [and] what can we do. There were so many different stories.”

“When I did find out I was pregnant, I was two weeks pregnant,” Sherrod says of Harper’s conception. “We willed her into existence,” the celebrity mom shares of her and her husband’s strong belief.

Labor and delivery came with a few complications that ultimately led to Egypt Sherrod undergoing a C-section. The celebrity mom responded to the anesthesia by sleeping for hours. Egypt learned that she would be released from the hospital within 72 hours from her delivery experience.

“I delivered her on Thursday. They released me from the hospital after a C-section on Saturday,” the star explains. Although she felt like she would be okay with recovering at home, Sherrod soon learned that complications with anesthesia during the birthing process threatened her health.

“What we didn’t realize is the medication and the amount of time that I was under put me at risk because while you’re hooked up to the IV and they’re giving you all the meds, and you’re under, the fluid is going through your body,” the star mom explains. “I was drowning in my sleep. [My husband] kept waking me up and said I wasn’t breathing, and I was choking in my sleep.”

Doctors discovered that Egypt was indeed drowning as she slept. “I had fluid,” the HGTV star shares with PLASTIQ!. “My lungs were full of fluid and I was drowning in my sleep. It’s called fluid overload.”

See what else Egypt Sherrod says about her labor and delivery experience as well as how she and Mike keep a cool dynamic while working together in the latest issue of PLASTIQ!, which is available at newsstands nationwide. Stay tuned for more celebrity family news!