YOUNG DYLAN GETS HIS OWN NICKELODEON SHOW THANKS TO TYLER PERRY 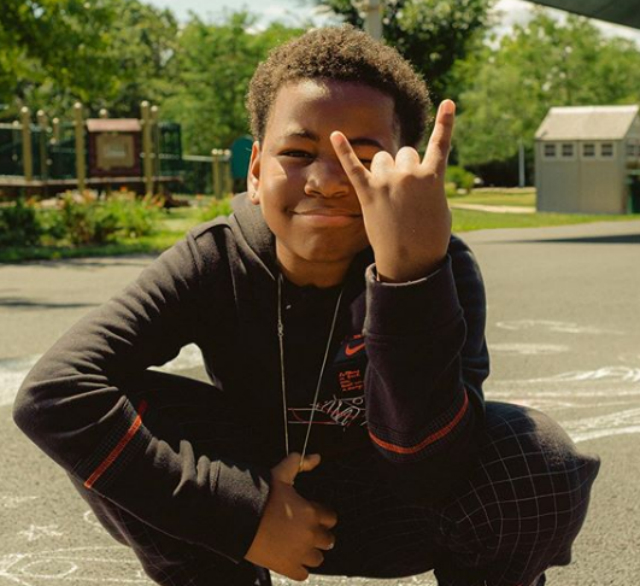 Tyler Perry had a very special surprise for Ellen’s favorite kid rapper Young Dylan, whose acting dreams are coming true, thanks to the Hollywood director and producer. Dylan is Nickelodeon’s newest talent!

The young rapper was beyond ecstatic as Ellen and Tyler shared the spectacular news. “I want to keep acting because it’s fun meeting new people,” Dylan said when asked about his aspirations in show business. Ellen encouraged the youngster to pursue a career in acting before telling Young Dylan that someone wanted to help. That “someone,” of course, was Tyler Perry. Watch the clip to see the excitement on Young Dylan’s face at the sight of the celebrated executive!

“I’m excited to work with Brian [Robbins] and the team at Nickelodeon and find creative ways to reach new audiences,” Tyler Perry says of his collaboration with Young Dylan and Nickelodeon. “I love creating comedy television and can’t wait to work with the talented Young Dylan,” the executive shares.

Nickelodeon’s president, Brian Robbins, also celebrates the new venture. “It’s a thrill to bring this new series to Nickelodeon from the incredibly talented and prolific Tyler Perry, whose track record speaks for itself,” Robbins says. “Dylan is an incredibly talented 10-year-old who at heart is a relatable kid making his dreams happen. We know kids are going to love watching Dylan and we can’t wait to introduce him and his new show to our audience.”

Young Dylan and Tyler Perry’s show is slated to be about a family whose world is turned upside down when their nephew, portrayed by Dylan, moves in unannounced. The nephew is an aspiring Hip Hop recording artist who is determined to make it in the industry. How will things turn out? We will have to wait for the series to make its debut to find out!