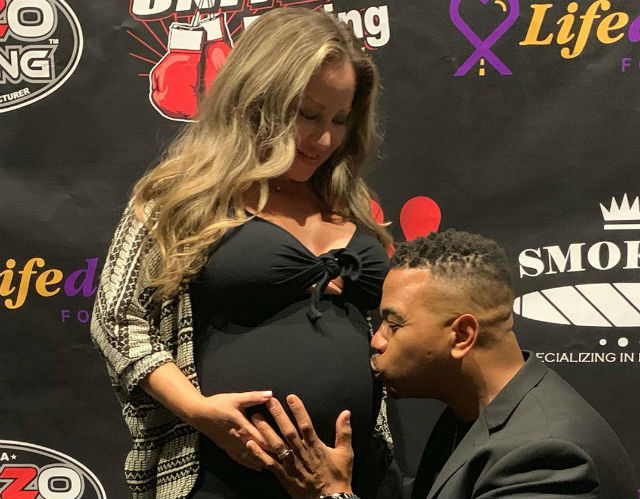 Omar Gooding has announced that he and his wife Mia Vogel are expecting their second child, a baby boy.

Gooding is best known for appearing in television shows, such as Touched by an Angel, Wild & Crazy Kids, Hangin’ with Mr. Cooper, Smart Guy, and Playmakers, and also the films Ghost Dad and Baby Boy.

“I’m most proud of my body of work,” Omar said during an interview with Black Men’s Dossier. “I try not to compromise. I try not to do something just for the money. I stay selective and picky with the roles that I choose. When someone says ‘Keep up the good work.’ I take that to heart, and that means people are enjoying the choices I’ve made.”

K. MICHELLE BUYS SON A BENZ FOR HIS 16TH BIRTHDAY

K. MICHELLE BUYS SON A BENZ FOR HIS 16TH BIRTHDAY