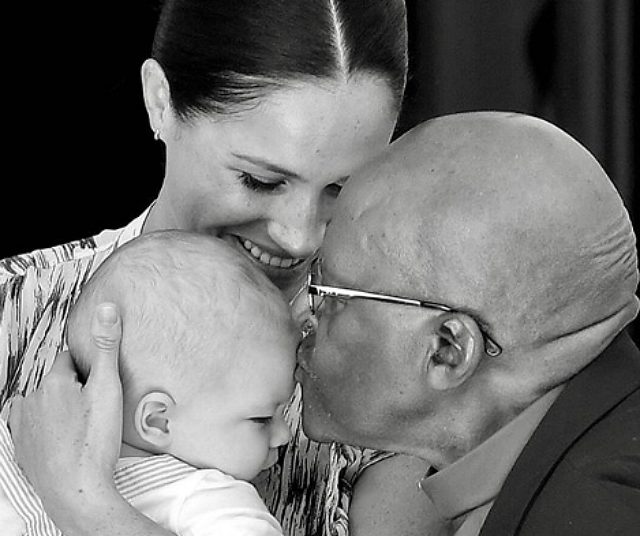 Royalty meets royalty! Meghan Markle and Prince Harry took their baby boy, Archie, to meet Archbishop Desmond Tutu. The pictures and video footage from the gathering are too cute!

“This morning The Duke and Duchess were honored to introduce their son, Archie, to Archbishop, Desmond Tutu and his daughter, Thandeka,” the Instagram account for the Duke and Duchess read. “The Archbishop, a globally respected figure in [the] anti-apartheid movement, is one of the world’s great champions of equality and has spent his life tirelessly battling injustice.”

“Their Royal Highnesses have joined The Archbishop and Thandeka to learn more about the work of The Tutu and Leah Legacy Foundation, and see first-hand how they are focussing on global awareness of the critical issues affecting the world.”

Archie’s meeting with Archbishop Tutu is the first outing that the little has taken with his parents since his birth earlier this year. The gathering was simply precious as Archie interacted with Tutu and his daughter in a manner that was nothing short of sweet. 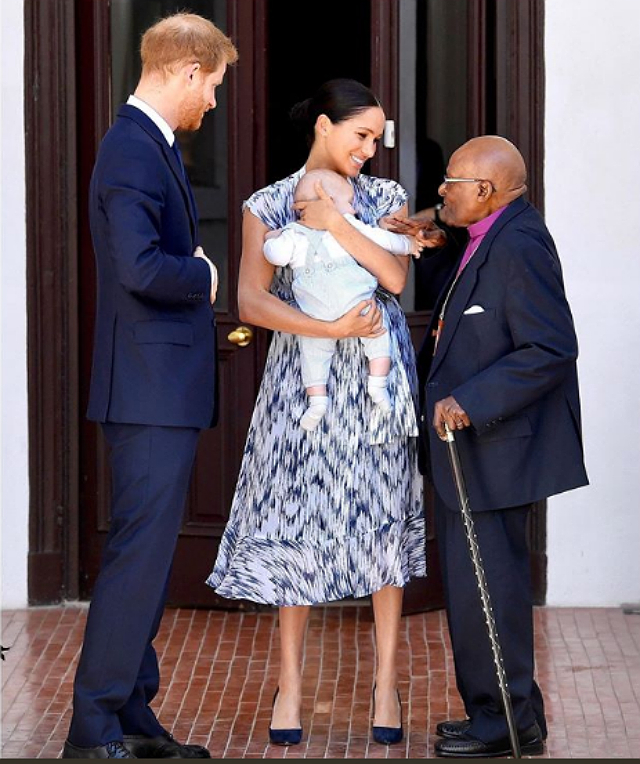 “He’s an old soul,” Meghan told the Archbishop of her son. “I think he is used to it already,” Prince Harry
said. Archbishop Tutu’s daughter, Thandeka, told Archie’s parents that the little one had charm. “He’s going to be a ladies’ man,” she declared.

Baby Archie was born on May 6, 2019, at The Portland Hospital in London, United Kingdom. He is Meghan Markle and Prince Harry’s
first child. Stay tuned for more Royal baby news!

Photo: The Duke and Duchess of Sussex/Instagram

NICK CANNON: 'I WANT MORE KIDS BUT I DON'T WANT TO GET MARRIED AGAIN'

NICK CANNON: 'I WANT MORE KIDS BUT I DON'T WANT TO GET MARRIED AGAIN'