MARIAH CAREY AND KIDS SING THE “MIXED-ISH” THEME SONG, “IN THE MIX” 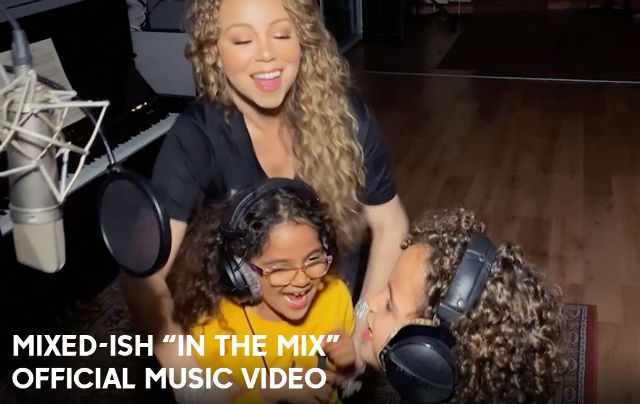 Mariah Carey has entertained generations of music fans since she first burst onto the scene in the 90s. Her unique style and voice launched the songstress to super-stardom. Well, Carey is back and this time she has her kids in tow as they lend their voices to the theme song of the new ABC sitcom Mixed-ish.

Carey’s new song is entitled, “In the Mix,” and of course, it is the perfect opener for a show that celebrates being biracial. Carey herself is biracial. Her father was of African American and Afro-Venezuelan descent, while her mother was of Irish American descent. Carey’s twins are also multi-racial as their father, Nick Cannon is African American.

Mixed-ish, which will premiere on ABC September 24th, is a prequel to the sitcom, Black-ish. The show will be narrated by Tracee Ellis Ross as she follows the early years of her character Rainbow Johnson.

Check out the premiere of the official music video below for “In The Mix” and let us know what you think.

It is good to have new music from Carey. Her last album was “Caution,” in 2018. We hope that this is the first of many many more new tunes from her to come.