Home » NEWS » K. MICHELLE HAS SOME CONCERNS ABOUT HER SURROGATE

K. MICHELLE HAS SOME CONCERNS ABOUT HER SURROGATE 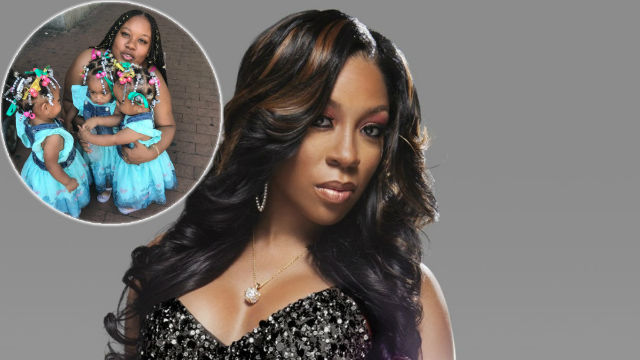 Do you remember that video f K. Michelle’s surrogate, Tannae, that went viral on YouTube a few months back? The vlogger took to her platform with her boyfriend to share the exciting news that she was carrying K. Michelle’s twins. Well, as it turns out, K. Michelle was not too thrilled to learn of Tannae’s announcement. In fact, the Love & Hip Hop star visited her lawyer, Robert Walmsley, after getting wind of Tannae’s vlog post.

“I picked Tannae because I love how she takes care of her kids,” K. Michelle told her lawyer during a recent episode of LHHH. “But there have been some things that have given me the red flag, like the social media stuff that’s going on right now. Like, she did a whole video. Imagine waking up and everyone knows your surrogate.”

Tannae took to her YouTube page back in April to share the news of her serving as a surrogate to K. Michelle. “So basically, I’m going to be a surrogate for a celebrity,” Tannae said. The expectant mom did not tell viewers outright that K. Michelle was the celebrity. Tannae did, however, drop a major hint that led the masses to guess correctly.

“I want to bless [K. Michelle] with something that she always wanted,” Tannae told her YouTube viewers. “This is something that I choose to do. And I have a partner to go through it with me while I’m doing it.”

Tannae’s partner, Keyontay, has also rubbed K. Michelle the wrong way. According to the LHH star, “Tannae’s boyfriend has asked me for a contract. Who the f— do you think I am, motha—–. You ain’t even having the kids, and that ain’t even your wife, and it ain’t gonna affect you.”

In many ways, the social media post and Keyontay were a part of a larger problem that K. Michelle expressed to her lawyer. “She wants to talk on the phone every day,” the celebrity mom shared. “And then she says things like this, ‘Yeah and we’re going to have the babies and we’re all going to hang out.’ … I’m not trying to do an extended family.”

In the end, Robert Walmsley gave K. Michelle a touch of simplicity. “She’s not the only surrogate out there,” he said. Stay tuned for more celebrity pregnancy news!