TAMERA MOWRY, ADAM HOUSLEY, AND THE KIDS ARE VACATIONING IN BRITISH COLUMBIA

"That Place Is Beautiful" 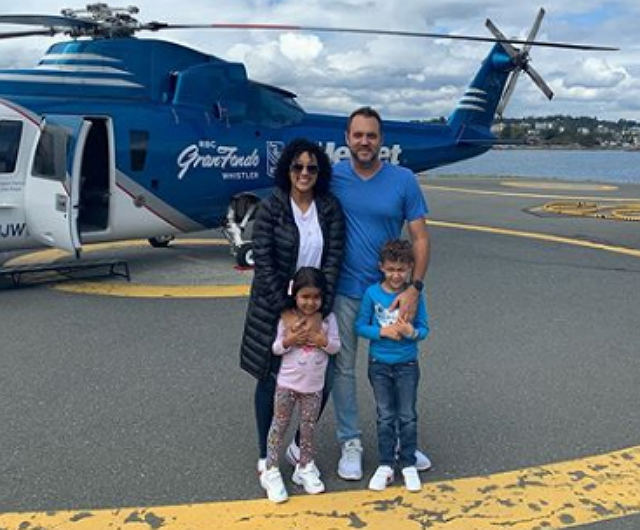 Tamera Mowry and her husband, Adam Housley, are enjoying their vacation with the kids, Ariah and Aden Housley, in British Columbia. Keep going to see all of the highlights from the celebrity family’s trip!

It’s a lot harder than you might think to get a good shot of all four of us! I’m sure other parents can relate😂 #TheHousleyLife #myworld #family

“Day two of #thefamilytrip,” Adam shared with his Instagram fans. “It was as beautiful as I remembered … just a heck of a lot larger,” the celebrity father added. “This is the first part as we netted out to the island on @helijet and then wandered around the harbor.” Adam uploaded beautiful pictures that gave fans a taste of the sights that his family beheld while on their trip.

Day two of #thefamilytrip too us to #victoriabccanada and it was as beautiful as I remembered…just a heck of a lot larger. This is the first part as we netted out to the island on @helijet and then wandered around the harbor. #thehousleylife #familytravel #travfam

“That place is beautiful,” one fan exclaimed. Another of Adam’s Instagram followers wrote, “My favorite part of Canada.”

British Columbia is a province in Canada that sits between the Pacific Ocean and the Rocky Mountains. The region is the third most populace area in Canada with an estimated five million people living in its quarters.

There is much to love about British Columbia as there appears to be a perfect balance between nature and historic buildings. The ocean alone was a picturesque sight.

Swipe for more pics from #victoriabc and yes we of course made it to #buchartgardens !! And then back to #Vancouver on the ferry. #thehousleylife #thehousleys #familytravel #travfam

Fans of Tamera Mowry and Adam Housley will get to see her in a Hallmark Christmas film this holiday season. Tamera will star in A Christmas Miracle, which is one of three headlining films Hallmark has planned for the upcoming season.

“My family and I have always been fans of Hallmark films and I was so excited when they asked me to be in this one,” Tamera said of her role in A Christmas Miracle. “I’ve had so much fun making A Christmas Miracle and can’t wait for everyone to see it this holiday season,” the celebrity mom concluded.

I love seeing their bond grow!! Fun fact: When they fight (and they do), I tell them that if they don’t apologize, they have to hug each other and do a chore together. Works every time🙌🏽 #momlife #siblings