"I'm Not Sure She Should Come" 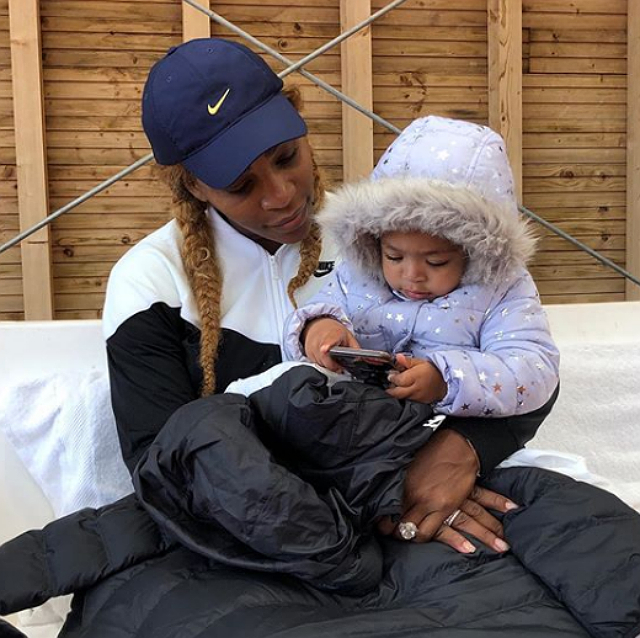 Serena Williams would love to bring her daughter, Alexis Olympia, to the US Open. The tennis champion’s toddler, however, is too rambunctious to attend such an event.

“She’s a little bit loud and obnoxious right now,” Serena said when recently asked about the possibility of Alexis Olympia coming to her mom’s tennis games. “I’m not sure she should come to the matches,” Williams added.

It was just last year that a video clip of Alexis Olympia cheering at a tennis match went viral. The little one was sitting on her father Alexis Ohanian Sr.’s lap where she observed the action on the court. Little Alexis Olympia followed the crowd back then by clapping on cue.

It seems these days, however, that Alexis Olympia may be entering the stage of Terrible Twos where children tend to test the reigns of their independence. Sitting and observing a game for an extended period, in other words, may be out of the question.

“I’m hoping next year she’ll be at an age where she can sit,” Serena told the press. “Maybe I’ll start at the smaller tournaments and see how she does and go from there,” the celebrity mom continued. “Also, she’s still napping. It’s hard.”

PREGNANT KEKE WYATT SHOWS OFF HER BABY BUMP AT THE BLACK MUSIC HONORS - SEE THE PHOTOS!

PREGNANT KEKE WYATT SHOWS OFF HER BABY BUMP AT THE BLACK MUSIC HONORS - SEE THE PHOTOS!