"I'm Comfortable With Having Girls" 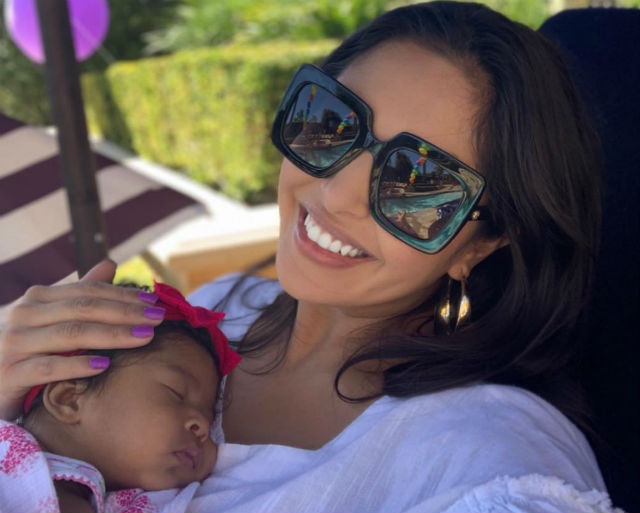 Kobe Bryant wouldn’t mind having another child. He also wouldn’t mind if another girl joined the tribe. The former NBA player’s wife, Vanessa Bryant, is a different story.

“It’s Vanessa’s decision to make,” Kobe said of having more kids during a recent interview with Extra TV. “She wants a boy more than I do,” the celebrity father added. “I’m comfortable having girls. It drives her crazy when I say that — she says, ‘We’re gonna get five girls ’cause you spoke it [in]to existence.'”

“She has been our best baby,” Kobe said of baby Capri. “She sleeps like six hours,” he added. “She’s an absolute sweetheart.” The retired basketball player went on to say, “The big girls help around the house tremendously. Bianka absolutely loves her — the only challenge we have is she wants to kiss her too much.”

Had an amazing time watching the greatest soccer team in the world with my babies Nani, Gigi and BB #uswnt

Kobe Bryant retired from the NBA in 2016. The celebrity father has been reconnecting with his family and establishing roots in the publishing sector ever since. In fact, Kobe Bryant’s new book, Legacy and The Queen, is inspired by tennis champion Serena Williams.

“The book is about tennis,” Kobe shared. “It’s about the emotions that take place with the main character, Legacy.”

Rising tennis star Naomi Osaka certainly relates to the story. “I love Legacy’s drive, her passion, and her fierce mentality,” Osaka said when asked about her perception of the book’s main character. “I would hope to say that we’re similar in that sense,” Naomi concluded.

So excited for this project and for you all to experience the magical journey of #LegacyandtheQueen. As kids get older, we hope they’ll start to understand the meanings and messages found in reading. And sports stories can serve as the greatest metaphors for life. Legacy and the Queen will teach kids lessons in perseverance, commitment, hard work, compassion, and empathy. And the lessons built within the story are the same disciplines and prinples that I try to instill in my daughters everyday. We all want our kids to be the best version of themselves and dream as big as they can to reach their highest potential. But chasing a dream takes a lot of courage. That’s what I want kids to learn by reading our novels and in our latest book, our main character has to learn to use her passion for tennis to rise above those around her and shine. Thank you to each and every one who played a part in this. #LegacyAndTheQueen is out now! Link to order is in bio. 🙌🏾🎾 #GameSetMagic

You can get a copy of Legacy and The Queen at your local bookstore or online. Stay tuned for more celebrity dad news!

TIA MOWRY SHARES HER BEST AND WORST QUALITY AS A PARENT