CIARA, RUSSELL WILSON, AND THEIR KIDS CHEER THE SEATTLE SOUNDERS TO VICTORY 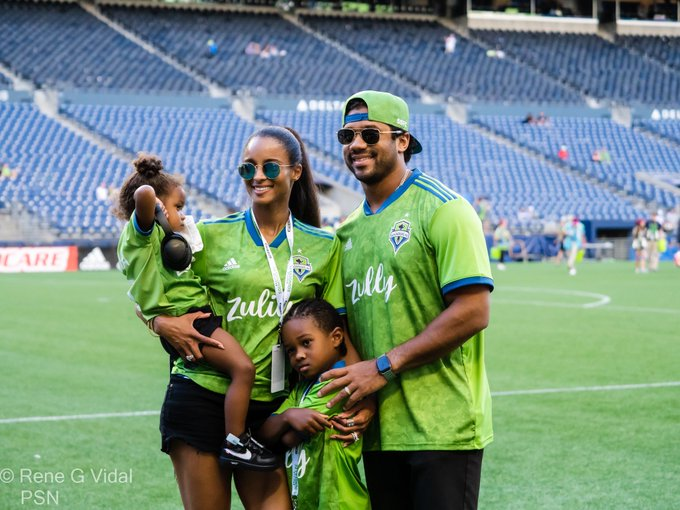 The Seattle Sounders triumphed over the Los Angeles Galaxy in a 4-3 win during Sunday’s game. Ciara, Russell Wilson, and the kids were present to cheer on the winning team.

Cristian Roldan saved the day with his eleventh-hour score that put the Sounders one point ahead of the Galaxy. The star athlete scored the winning goal in the 89th minute of the game. Talk about final call action!

Still, the Los Angeles Galaxy put up an incredible fight to win Sunday’s match. Zlatan Ibrahimovic scored a goal sixty-six minutes into the game. The star athlete met up with Sienna Wilson and Future Zahir for pictures after the competition, which showed that there was no love lost between the Sounders and Galaxy players.

It was just a few weeks ago that Ciara and Russell Wilson announced their part ownership of the Seattle Sounders. “We are fired up about the Seattle Sounders because it’s our home,” Ciara and Russell shared in a statement to the press. “It’s the place we get to raise our kids and the place we are forever connected to,” the celebrity couple added. “We want to have the world’s best soccer players play here in Seattle and win championships!”

The Sounders may be well on their way to winning championships sooner rather than later if Sunday’s game was any indication. Stay tuned for more celebrity family news!