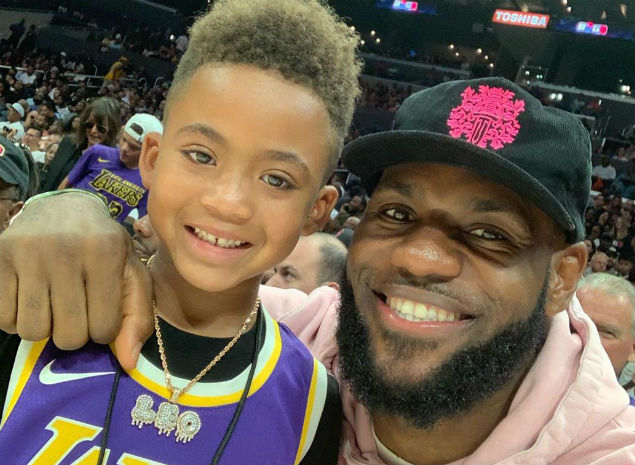 Basketball Wives star Evelyn Lozada attended the BIG 3 Championship Game with her kids, Shaniece Hairston and Carl Leo Crawford, this past weekend. The Reality TV star made certain that her son took pictures with some of the NBA’s greatest players at the event.

LeBron James was one of several star athletes that Carl Leo spent time with during the game. Carl Leo’s father, Carl Crawford Sr., told his Instagram fans that no caption was needed to explain a candid that featured his son standing beside one of the greatest basketball players of our time. Indeed!

Another candid showed little Carl Leo hanging out with cast members from Basketball Wives. “[I] love when I see the ‘cast’ interacting beyond the ‘show,'” one fan shared in reference to Evelyn and the kids’ fun day at the BIG 3 Championship Game. “[It] gives me some realness,” the social media follower wrote.

BIG 3 is an off-season competition that involves a select number of teams and players who compete for the title of best in the series. This year was one of expansion for BIG 3 as four new teams joined. In the end, the Triplets proved victorious.

You can catch Evelyn Lozada and her kids on Basketball Wives. Stay tuned for more celebrity mom news!

CIARA, RUSSELL WILSON, AND THEIR KIDS CHEER THE SEATTLE SOUNDERS TO VICTORY

KEHLANI AND HER DAUGHTER, ADEYA NOMI, HAD A 'HAPPY' LABOR DAY

KEHLANI AND HER DAUGHTER, ADEYA NOMI, HAD A 'HAPPY' LABOR DAY