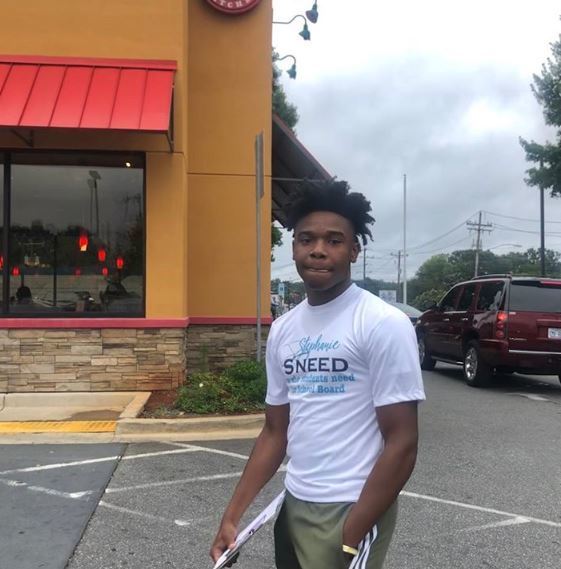 Popeyes seems to be the place where everyone wants to be. With the new insanity behind the stores chicken sandwiches, stores across the country have seen people line up for blocks, just waiting to get a bite. Well, taking advantage of a captive audience, 17-year-old Charlotte, North Carolina student, David Ledbetter, leapt into action in order to register people to vote.

Today we were registering individuals to vote while they were waiting in line to try the @popeyeslouisianakitchen chicken sandwich. Make sure you’re registered to vote!✊🏾🙌🏾 @sneed4schoolboard

And of course, the political season is on the mind of everyone across the country and abroad. Ledbetter, who wanted to do his part helping bring attention to local elections, saw a unique opportunity to get out and get people excited about the electoral process.

“We noticed the trend of everyone wanting to try the new chicken sandwich and thought of the idea,” he told HuffPost in a recent interview.

Ledbetter, who also co-founded a nonprofit, Imagine This, which works to prepare young people for college and careers, partnered with Stephanie Sneed, a school board campaigner, in hopes to get as many residents as they could registered to vote.

“It felt good to do a service to the community, to engage them in a political way,” the teen told HuffPost. “I think it’s very important because that’s the way to exercise your opinion, especially those who want to improve the local community, where decisions made impact the people directly,” he said. “I have a passion for increasing young people’s involvement. The youth is the future, and I believe we should amend some of these political views and subjects and aid the youth in their upcoming years.”

Ledbetter isn’t even old enough to vote himself; however, Sneed and many others were impressed with his dedication to the cause and said that,“He is awesome, awesome, awesome.”

“Be the change you wish to see in the world”✊🏾

Ledbetter is unquestionably proving that he is trying to “be the change that [he wishes] to see in the world,” and we would not be surprised if we saw him sometime in the near future front and center tossing his hat into the political world.