Home » NEWS » PORSHA WILLIAMS HAS STOPPED BREASTFEEDING: ‘WHAT IS A GOOD FORMULA FOR VEGAN BABIES?’

PORSHA WILLIAMS HAS STOPPED BREASTFEEDING: ‘WHAT IS A GOOD FORMULA FOR VEGAN BABIES?’

"Don't You Have A Pediatrician?" 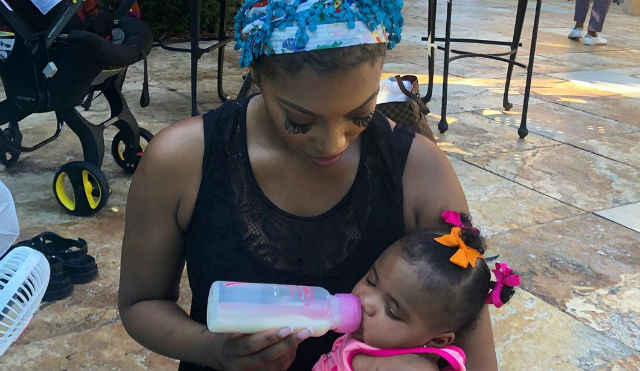 RHOA star Porsha Williams is under fire for a recent post in which she asked her Instagram fans about vegan alternatives for baby formulas. Some are wondering why the Real Housewives of Atlanta star keeps asking social media for advice regarding the health and wellness of baby Pilar Jhena.

The scrutiny began after Porsha shared a poster that read, “Cows milk is for baby calves.” An image of a cow drove the point home in the poster. Porsha went on to express her motivation behind sharing the post by asking fans for advice on vegan options for baby formula.

“Calling all Mommies of vegan babies,” the RHOA star wrote online. “What is a good formula for vegan babies,” Porsha asked. “Thinking about switching PJ’s formula,” she continued. “I breastfed four weeks but it didn’t work out for us.”

Hmmmmm 💡🗣Calling all Mommies of vegan babies!! What is a good formula for vegan babies? Thinking about switching PJ’s formula…* * I breast fed 4 weeks but it didn’t work out for us

Many gave Porsha Williams suggestions. One troll, however, criticized the celebrity mom for asking the public for advice on such a matter. “Strange how you keep coming to Instagram for advice concerning Pilar,” the critic wrote. “Don’t you have a PEDIATRICIAN? I’m sure they’re more qualified.”

Several moms responded to the harsh words. “The best advice comes from a mom with experience,” one defender wrote. “What’s the problem with getting multiple opinions,” the social media fan asked.

Ain’t nobody got time for that! Brought to you by resting Baby face 😂😂 @pilarjhena #HappySunday

Another of Porsha’s Instagram followers said, “I don’t think she has that kind of time to go to the doctor every single time she has a question, especially if she wants an answer right away or if she wanted to do research on the brands suggested or something. Maybe if she had all the time on her hands to sit around and stay home, like you apparently have, then maybe she could go to the pediatrician!”

Porsha Williams said in an interview with EBONY that she gets advice about nurturing from her doctor and other mommies. Pilar Jhena is Porsha’s first child. Stay tuned for more Real Housewives of Atlanta baby news!