"Children Are Most Affected By Obesity In This Country" 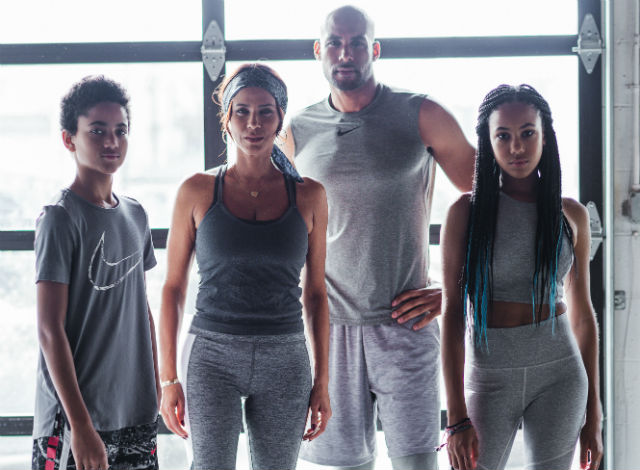 Now, this is exciting! Boris Kodjoe, Nicole Ari Parker, and their kids – Nicolas and Sohpie – have released a fitness app meant to encourage all members of the family to get up and move.

Who is with us? Nicolas and I just did our first #30DayRollOutOfBedChallenge 5-minute workout. This is Day 1 of 30. Quick 1-minute warmup, then four different back-to-back 20-second exercises, 3 sets, all in 5-minutes. You do not need a lot of time, a gym, or equipment to be healthy. Just a little bit every day will get you started on your way to some #HealthyHabits. And doing it with your family or friends will keep you engaged with those you care about most. Auf geht’s!! ❤️💪🏾😊 @kofitfamilyapp

The app, called KoFit, has a range of workouts that include quick, five-minute exercises. There are also longer routines for those who have more time to devote to fitness. Boris Kodjoe delved into his and Nicole Ari Parker’s motivation behind creating an app that includes both kids and parents during this year’s ESSENCE Festival.

“When we looked at the market and all these different workout apps, there’s one thing we never saw … we never saw any children.,” the celebrity father explained. “Children are most affected by obesity in this country,” Boris added. “Seventy-five percent of kids are overweight or obese.”

Some would-be users may cite a lack of time for exercise as their reason for not using an app such as KoFit. Boris, however, believes in the art of prioritizing.

“I don’t believe in work-life balance, I believe in priorities,” Kodjoe recently shared with the press. “I put my wife and my kids first and everything else sort of falls into place around that,” the actor explained. “And it’s reflected in what we do with the app because we’re doing this together,” Boris concluded.

Yesterday at the Kodjoes: Nico (12): My pelvis hurts Sophie (14): You don’t even know where your pelvis is. It’s where your hip is, Nico. Nico: It still hurts. Ruby (8): You have to breathe through the pain. 👀 #NoWords #FamilyQualityTime

HOW TO TALK TO YOUR KIDS ABOUT MASS SHOOTINGS