"Had An Amazing Time" 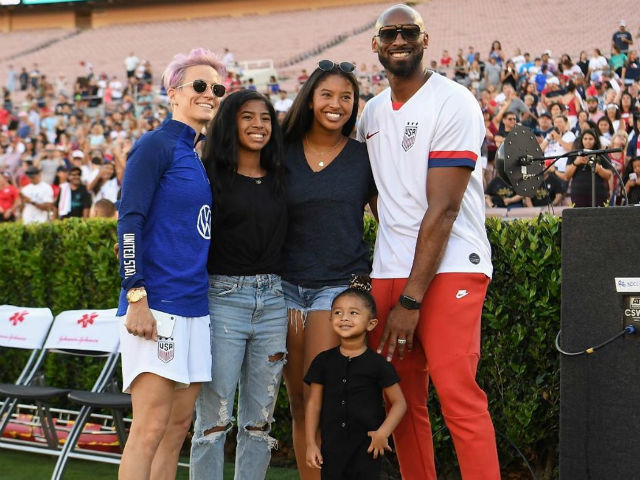 Kobe Bryant has his favorite girls – Bianka, Gianna, and Natalia – with him at the U.S. Women’s Tournament this past weekend. The celebrity father shared pictures from the sports event.

Had an amazing time watching the greatest soccer team in the world with my babies Nani, Gigi and BB #uswnt

“Had an amazing time watching the greatest soccer team in the world with my babies Nani, Gigi, and BB,” Kobe shared along with a candid of his girls at the game. Bryant also shared a picture of his daughter hanging with soccer royalty. Megan Rapinoe was one of the star players that Natalia, Gianna, and Bianka met. The star athlete gave special fist bumps to little Bianka who took one-on-one pictures with other members of the U.S. women’s soccer team.

Kobe Bryant knows all about how it feels to be in the spotlight within sports. The former Los Angeles Lakers player is often referenced as the Greatest Of All Time (GOAT) because of all his accomplishments. Kobe delved into his life as a star athlete and his lasting influence during a recent interview with Hoops Hype.

“It’s not something that you think about when you’re playing,” he admitted. “But as you get older, you become a little more conscious of that kind of stuff; you start looking at the next generation and how you can help in some kind of way,” Kobe added.

Kobe and his wife, Vanessa Bryant, are the proud parents of four daughters. The celebrity parents welcomed their youngest child, Capri, in June. Stay tuned for more celebrity family news!