Home » YOUNG STARS » SHAQIR O’NEAL’S YOUNGEST SON, SHAQUIR IS MAKING A NAME FOR HIMSELF ON THE COURT

SHAQIR O’NEAL’S YOUNGEST SON, SHAQUIR IS MAKING A NAME FOR HIMSELF ON THE COURT 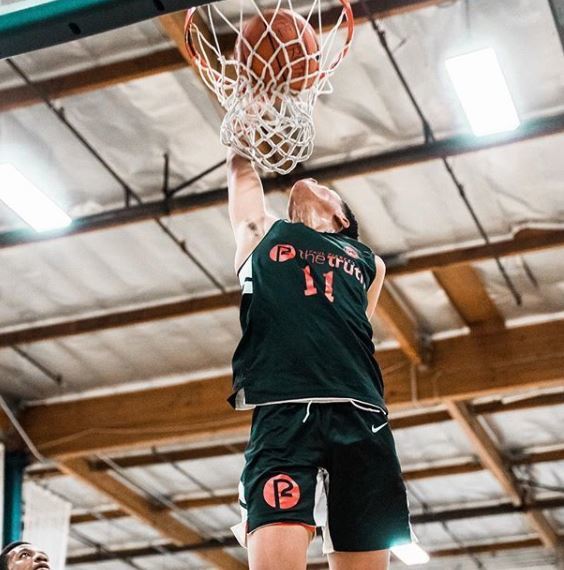 Shaquille O’Neal’s youngest son, Shaqir O’Neal, is following in the footsteps of his famous father, chasing the dream on the court. The talented young athlete recently played in front of college basketball scouts and coaches at the NCAA College Basketball Academy West Region camp, making a big impression.

No, bet you can't do it like this Fully loaded diamond on both of my wrists…🤧💕

When asked did he feel the pressure to live up to his father’s legend on the court in front of coaches and scouts., O’Neal commented to azcentral.com, “I don’t really pay attention to all that. I didn’t feel any pressure even though I know there’s college coaches and staff members that work here.”

Camp roommate and fellow NBA son, Zaire Wade, is excited about the future for the two rising young basketball stars. “That’s my guy, Shaqir,” Zaire Wade commented in an interview with tucson.com. “Another NBA son, so I may have the same mindset, you know, to make a name for ourselves.”

And that is exactly the goal of the NCAA’s new regional camps-to allow players the opportunity to make a name for themselves. Yet, thanks to their famous last names, both boys already have a headstart there.

O’Neal is a brand new 16-year-old, having recently celebrated his 16th birthday. The youngest of Shaquille O’Neal’s two sons, marked the occasion with a birthday party to end all parties and the teen received some super sweet gifts as well.

The talented athlete celebrated with 400 guests at a “Fresh Prince of Bel-Air” themed soiree. With the back drop of a rented LA mansion, along with a vintage cab, and “butler,” Shaquir’s parents pulled out all the stops.

“We are pulling out all the stops for Shaqir’s big day,” Shaunie O’Neal, Basketball Wives realty show executive producer and ex-wife of NBA legend Shaquille O’Neal, told the cameras in attendance.

And of course, O’Neal had to get a ride. And just what will he be driving you ask? Well, the teen was given a $124,000 Mercedes G Wagon. Rapper Blueface entertained the crowd.