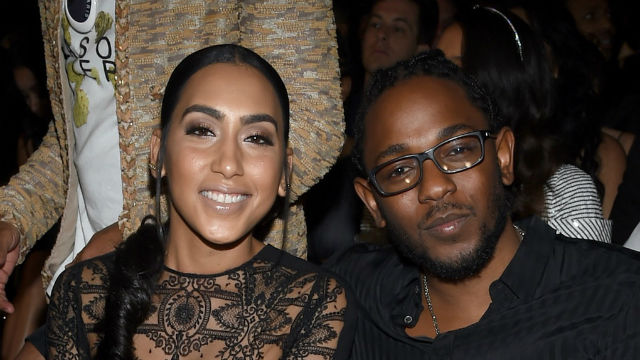 The news comes as a surprise to fans as neither Kendrick, 32, nor Whitney, 33, announced that they were expecting. The couple, who are high school sweethearts, engaged in 2015. During an appearance on Power 105.1’s The Breakfast Club show in April 2015, Kendrick opened up about Whitney, saying, “I wouldn’t even call her my girl. That’s my best friend. I don’t even like the term that society has put in the world as far as being a companion — she’s somebody I can tell my fears to.”

“I’m loyal to the soil. At the end of the day, you want to always, always have real people around you, period. Whether it’s male or female, and everybody that’s been around me, they’ve been around since day one. I always show respect when respect has been given, and people that have been by your side, you’re supposed to honor that,” the rapper revealed.