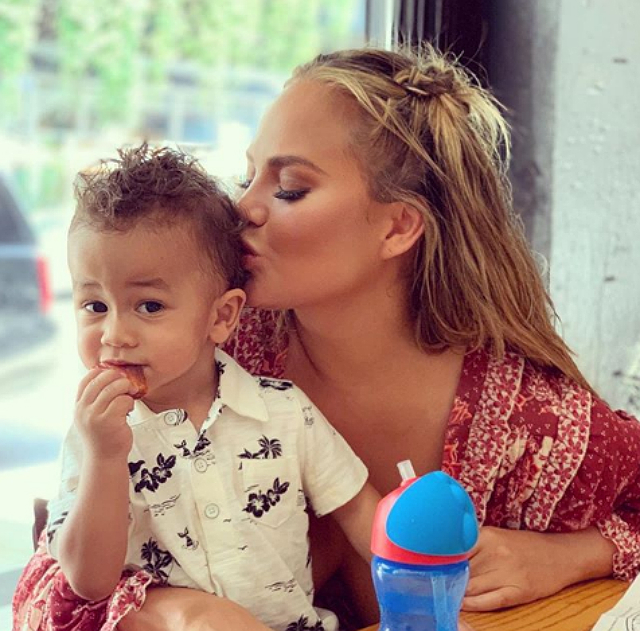 Chrissy Teigen believes that she captured her son Miles Stephens’ first steps. The celebrity mom shared the monumental moment with her Twitter fans on Tuesday (July 23).

“I think I just caught his first real steps,” Chrissy exclaimed in a tweet. “Does this count,” she asked. The celebrity mom also shared a video clip of her son stumbling from one portion of the room to the next. Miles only took a few steps but, nevertheless, such action was taken without adult assistance. We think that you indeed captured your son’s first steps, Chrissy!

I think I just caught his first real steps! Does this count? pic.twitter.com/LBYz1jCCIY

Chrissy Teigen has made significant strides in the way of confidence since becoming a wife and mother of two children. ” I used to be very much a ‘yes’ person; always wanting to make other people happy and not necessarily putting my own needs and desires first,” she admitted during a recent interview with POPSUGAR.

“As a young person working, I was kind of a pushover,” Teigen admitted. “I just was such a people pleaser. And now it’s more about family life and doing things that I think are going to be great and that people are going to love.”

AYESHA CURRY PARTNERS WITH THE HONEST COMPANY AS AN AMBASSADOR

AYESHA CURRY PARTNERS WITH THE HONEST COMPANY AS AN AMBASSADOR