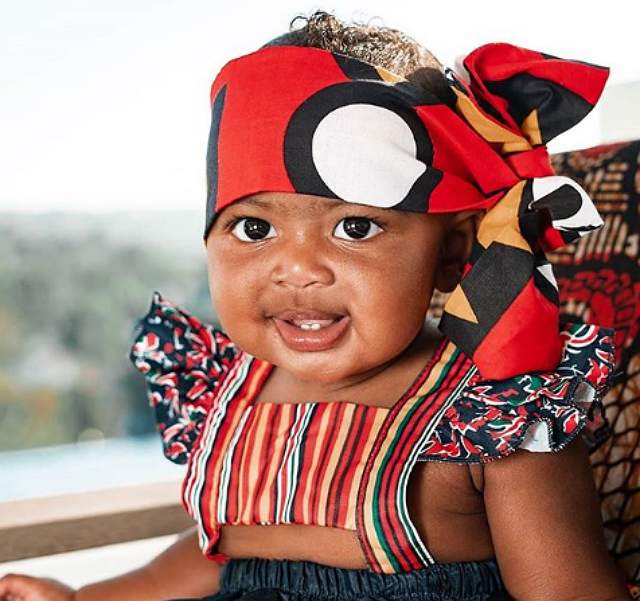 You see this mess?! Hey? Heyyyy?!?! You over here cheesin… Lemme call Shirley. She bout that action.

One candid of Shady Baby shows the youngster rocking attire inspired by African culture. The youngster appears ready to take on the world in the photo as Kaavia leans forward while smiling. “I love when I get a front-row seat when karma comes knocking on a clown’s door,” the photo’s caption read. “Hurry up, Shirley! It’s about to go down.”

More than 100,000 fans loved what they saw in Kaavia’s latest picture. “She’s a beautiful blessing,” one Instagram fan said. “How adorable,” another social media follower wrote.

There is a reason why Shady Baby has nearly 850,000 Instagram followers. The youngest member of the Wade family gives facial expressions that, when coupled with her mom’s hilarious captions, are entire moods.

Gabrielle Union delved into her life as a mom and why she believed that having a daughter in later years worked out for the best. “Any earlier and the FOMO would have greatly influenced how I parented,” Union said during a recent interview. “I’ve seen it. I’ve done it. I’ve done it well. I’ve gotten all the T-shirts. Now I’m in the right mindset and mental space, and I’m open to being the best mom I can be,” the America’s Got Talent judge shared.

Ooopfff! Shirley said she could fight 🤷🏾‍♀️ Didnt think it would go down in the bounce house, but here we are.