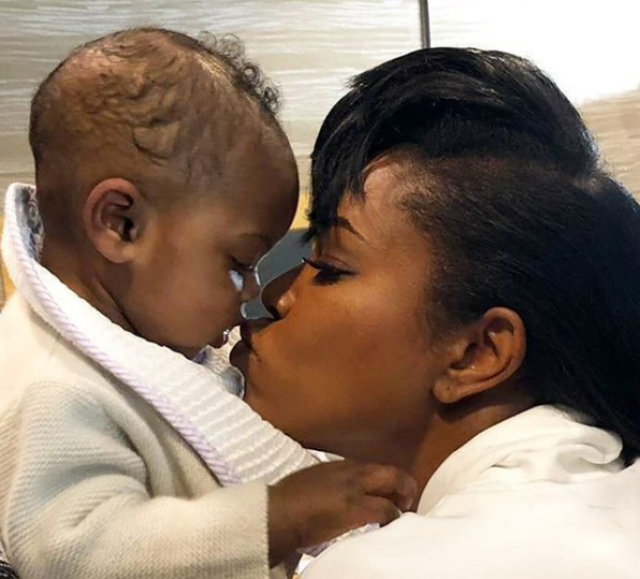 Gabrielle Union and Dwyane Wade’s baby girl, Kaavia James, is crawling and doing other things with her life. Shady Baby’s mom shared a video post of the little one exploring her independence this past weekend.

Kaavia was filmed while moving rather swiftly to get to her mom. The little one did not look up to see who was recording her movement but instead pressed on to reach her goal. Gabrielle met her daughter with a smile and open arms. How cute is their mother-daughter bond?

“Any earlier and the FOMO would have greatly influenced how I parented,” Gabrielle told the publication. “I’ve seen it. I’ve done it. I’ve done it well. I’ve gotten all the T-shirts. Now I’m in the right mindset and mental space, and I’m open to being the best mom I can be,” she concluded.

Her laugh though… Happy Saturday 🤗🤗🤗 @kaaviajames

JOHN LEGEND AND CHRISSY TEIGEN'S KIDS ARE THEIR TWINS

JOHN LEGEND AND CHRISSY TEIGEN'S KIDS ARE THEIR TWINS