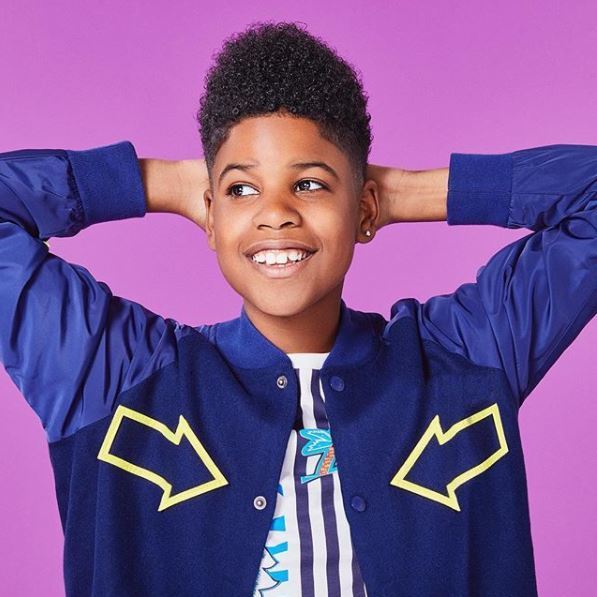 At 11-years-old, JD McCrary is definitely one of #younghollywood’s top up-and-coming actors. Having worked with notables such as Tyler Perry, Regina Hall, among others, this talented preteen, who is also an accomplished dancer, is unquestionably on the fast track to becoming a household name.

We know that McCrary will voice Young Simba in Disney’s anticipated Lion King remake, but here are five things, according to People Magazine, that you possibly didn’t know about the rising star.

1. He loves the original Lion King

“Everyone knows what The Lion King is,” McCrary said in an interview with People. “It’s one of Disney’s biggest films. It’s just so interesting. Just what it goes after, like being the king of everything, the king of the jungle.” The preteen also told the magazine that he had the opportunity to watch the 1994 original once again on a flight and simply loved it all over again.

With the voice of an angel, it was no wonder this young man was tapped by Glover/Gambino to work on the single “Terrified” on his album, “Awaken My Love.” Glover/Gambino voices Simba in the upcoming anticipated blockbuster.

McCrary met the superstar at the Wearable Art Gala and she knew exactly who he was. “She knew who I was!” McCrary told People. “It was like, I went up to her and I tapped her, and she was like, ‘Hi, it’s so nice to meet you.’ And I was just shocked, because she knows who I am! She was like, ‘Your voice is so beautiful. It was so, such a great moment being able to hear you singing with my kids and my family.’” You know you have made it when the Queen herself knows who you are.

4. He has made history, becoming the youngest artist to ever sign with Hollywood Records.

With his new six-song EP, “Shine,” McCrary is demonstrating that he was unquestionably worth the investment. “All the songs are different,” McCrary explains to People about his new EP. “But I feel like one thing that connects them all is that I was just trying to show my talent in every one. And the name of the EP is Shine because, all I really want to do right now is shine.”

5. He wants to keep working on both music and acting.

“I just want to [make] art, pretty much,” McCrary told People. “It’s just a real blessing. Thinking of what I can just do so many years from now, I’ll be someone people look up to. It’s a real blessing that I have all this talent and that I get to show it to the world.”

And it is no question that he will do just that! We cannot wait to see what the future holds for this amazing young man. Just in case you don’t already have it marked on your calendar, The Lion King roars into theaters on July 19th.

BLUE IVY HAD THE BEST REACTION TO THE 'LION KING' MOVIE