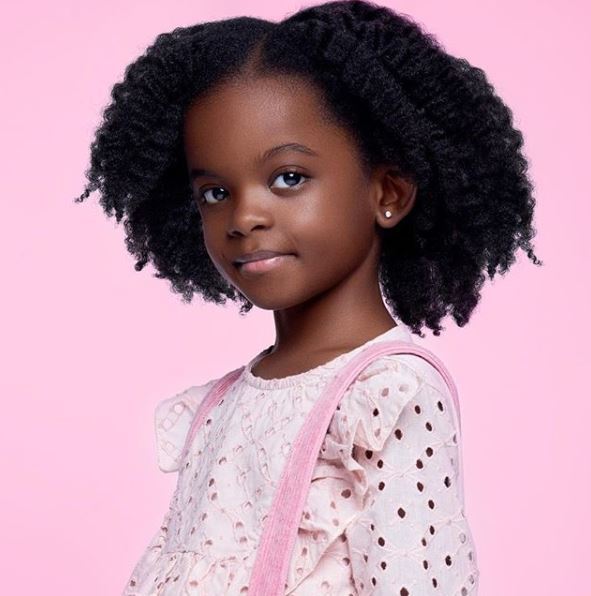 We first got a glimpse of Melody Hurd when two years ago, she and her sister Lyric Hurd went viral as they danced to Zay Hilfigerrr and Zayion Mcall’s hit song “Juju on That Beat.”

The pair appeared on The Ellen Degeneres Show which of course set the pair on their way, leading to commercial and print work. Together the sisters will appear in the upcoming film by Noah Baumbach, which will star Scarlett Johansson and Adam Driver.

Click the link in my bio to see the full video. We love @theellenshow and had so much fun! #theellenshow #lyrichurd #melodyhurd #teamnatural #blackgirlmagic #tzanthemchallenge

But, it doesn’t stop there. Recently, Melody Hurd has been tapped with a co-starring lead in a studio movie role, opposite Kevin Hart.

Hurd will portray Hart’s daughter. The Sony drama/comedy Fatherhood is an adaptation of Matthew Logelin’s book Two Kisses for Maddy where Longelin’s wife dies shortly after childbirth, leaving him alone to raise their daughter. The book was adapted by Dana Stevens, Paul Weitz, who is set to direct the project, also wrote the current screenplay. Producers for the project also include Marty Bowen, Peter Kiernan, and David Beaubaire. Hart will also produce the film under his HartBeat banner.

Happy 6th birthday, Melody! You're such a special little girl and you bring so much joy into our lives! #Big6 #melody #hurdgirls

Melody is a shoe-in to become a Hollywood-movie fan favorite as the tiny rising starlet just wrapped a Patrick Lussier feature film, Trick.

TYRESE PRAISES DAUGHTER ON HER BIRTHDAY, EXPLAINS WHY HE CAN'T POST HER ON SOCIAL MEDIA