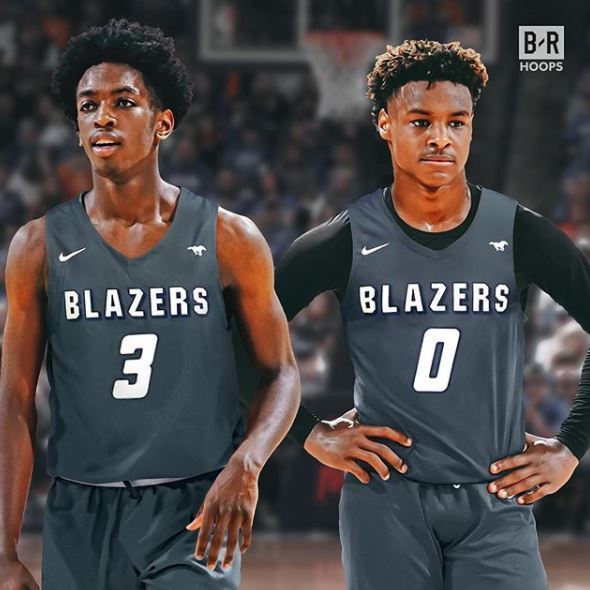 When you are the son/daughter of a famous entertainer or athlete there may be pressure to follow in their footsteps. Zaire Wade and Bronny James, the sons of Dwyane Wade and LeBron James, respectively, are taking the same path as their fathers and doing so flawlessly.

14-year-old Bronny and  17-year old Zaire will attend Sierra Canyon School in LA this fall and are definitely already being seen as the dream team.

In a recent practice video, the teens were taking on their fathers’ legendary statuses. The video shows dunking just like their dads used to do. And of course, the video also gives a sneak peek at what fans can expect on the court during the upcoming season.

Bronny ➡️ Zaire is going to be fun to watch 💪

We think this year’s season at Sierra Canyon School is going to be pretty exciting and wouldn’t be surprised if Wade and James showed up to support their boys.