BLAC CHYNA SPEAKS ON CO-PARENTING WITH ROB KARDASHIAN AND TYGA: ‘EVERYTHING’S LIKE, GOOD’ 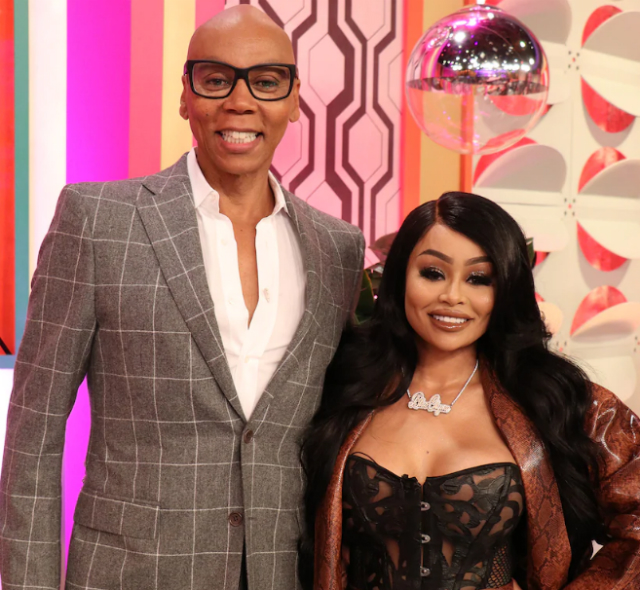 Blac Chyna is in a good place with both of her children’s fathers. The Reality TV star tells RuPaul of The RuPaul Show that she has good co-parenting relationships with Rob Kardashian and Tyga.

“Co-parenting is good,” Blac Chyna shared. “With both of my baby fathers, we have a mutual agreement and everything runs smoothly,” the celebrity mom adds.

Some fans thought that Blac Chyna and Rob Kardashian were not on good terms after she responded to his request to keep their daughter, Dream Kardashian, out of the limelight in Blac Chyna’s new reality series, The Real Blac Chyna. Honoring Rob’s request was not a problem for Chyna. The celebrity mom did, however, express annoyance in hearing Rib’s wishes via his legal team.

Time heals everything! This is my time, and my story. In less than THREE WEEKS my docu-series #TheRealBlacChyna premieres on @thezeusnetwork Subscribe now. Link in bio!

“It is very unfortunate that Rob could not simply have an adult conversation with me,” Blac Chyna wrote online in response to the order she received from her child’s lawyers. “Had Rob contacted me directly rather than through his attorney, Marty Singer, Rob would have learned about Dream’s participation in the show.”

The Real Blac Chyna, scheduled to premiere on Zeus Network next month, shows the behind-the-scenes action that Chyna faces on a daily basis. Based on the show’s super trailer, it appears that much of Chyna’s drama comes from her mother, Shalanta Hunter. “She’s evil as s— to me,” Chyna tells one of her team members after a tense moment with Shalanta.

You have to tune into The Real Blac Chyna to see how the celebrity mom handles challenges with her mom all while balancing her career with motherhood. The Reality TV series premieres on July 14, 2019. Check your local listings for when The RuPaul Show airs in your area!