"The Only True Victim In This Way Was The Unborn Baby" 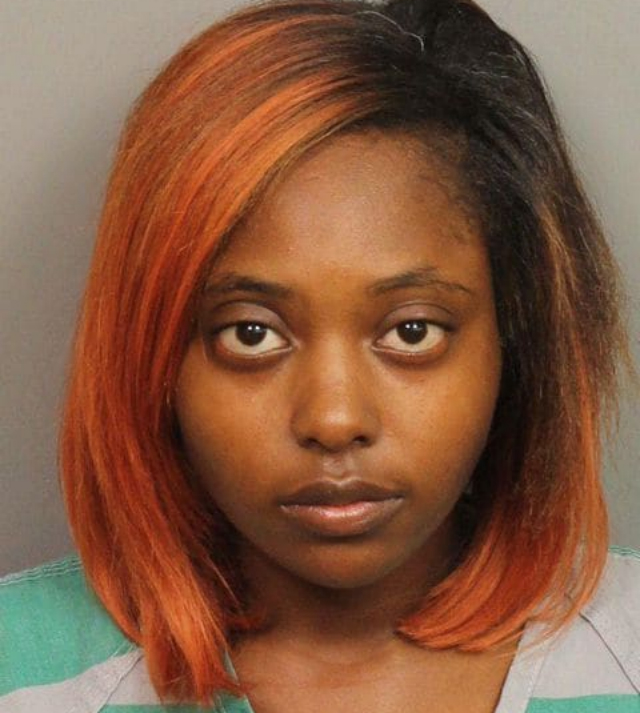 A pregnant Alabama woman named Marshae Jones, who was shot in the stomach last year, has been indicted in fetus’ death. Meanwhile, the shooter in the incident, Ebony Jemison, was not brought up on charges. Keep reading to get the details of this bizarre story!

It appears that Ebony and Marshae got into a verbal altercation over the father of Marshae’s unborn child outside of a Dollar Store in Pleasant Grove last December. The confrontation allegedly escalated to some sort of physical fight, which ultimately led to Ebony shooting Marshae in the stomach. Marshae was five months pregnant at the time of the incident and lost the baby due to miscarriage as a result of the shooting.

I'm honestly sickened and outraged by the dehumanization directed at Marshae Jones, especially by the police and prosecutors. #MarshaeJones https://t.co/Jeir5lmPmL

Pleasant Grove police officers arrived on the scene and determined that Marshae was the aggressor in the incident. There is no evidence, however, that proves that officers charged Jones with assault. Prosecutors did, however, move to bring Marshae up on charges for the miscarriage. According to officers and the prosecutor, the unborn child was murdered and, thus, the only victim in the situation.

“The investigation showed that the only true victim in this was the unborn baby,” Pleasant Grove police Lt. Danny Reid told media. “It was the mother of the child who initiated and continued the fight which resulted in the death of her own unborn baby,” he added.

The shooter went free and the police say the mother wasn’t injured, only her unborn baby.
Every single woman in America should be out on the streets raging at this. It’s the only way to stop it.
These are scary times. #MarshaeJones #personhood #Gilead

A Grand Jury attempted to indict Ebony Jemison on charges of manslaughter but failed. The jury did, however, manage to indict Marshae Jones for the death of her fetus.

Technically speaking, a baby has a very low survival rate outside of the mother’s womb at five months. Many experts agree that the odds of survival independent of the mother reach about 80 percent at 26 weeks, which is six months into expectancy.

The notion of an unborn child being highly unlikely to survive outside of the mother’s womb during the first two trimesters is what fuels pro-choice advocates. Many believe that restrictive abortion laws such as those in Alabama fail to recognize the fetus as being a part of the woman’s body and not an additional person during the early months.

Abortion is a sin and is murder in God’s eyes. Thankfully no sin is too great for God’s forgiveness-even murder. http://t.co/Q16bOqXjrg

Still, there are those on the pro-life side of the debate who believe that life begins at conception. They do not understand, or perhaps overlook, dependence and survival rates.

In any case, the case of Marshae Jones has sparked nationwide outrage. Many pro-choice advocates are calling for large corporations to boycott Alabama in light of its abortion laws that seem to oppress women while ignoring the role that they play in the birth of healthy children.

In December, the fetus was not considered a person under AL law. You cannot punish a defendant using a law that didn't exist when the "crime" was committed.

Stay tuned for more updates regarding this case and other viral news!

BLAC CHYNA SPEAKS ON CO-PARENTING WITH ROB KARDASHIAN AND TYGA: 'EVERYTHING'S LIKE, GOOD'

BLAC CHYNA SPEAKS ON CO-PARENTING WITH ROB KARDASHIAN AND TYGA: 'EVERYTHING'S LIKE, GOOD'