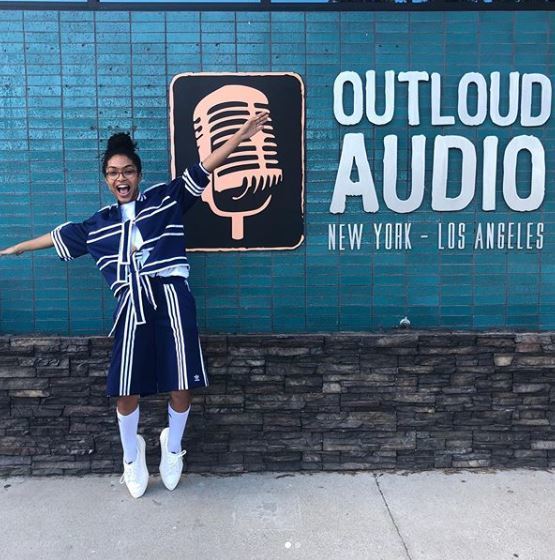 Yara Shahidi has definitely made her mark on Hollywood. Starting out her career in the modeling world and landing a spot opposite Eddie Murphy for her first on-screen project, this young and talented beauty has gone on to become not only the voice of Generation Z but a true icon in her own right touting success with her own television series and much much more. Recently, the talented 19-year-old superstar signed on to star in and narrate an Audible event series from Stan Lee called, Alliances: A Trick of Light.

The project is co-created by Luke Lieberman, Ryan Silbert, and Stan Lee and co-written by Kat Rosenfield and Lee. Stan Lee’s Alliances: A Trick of Light follows the epic adventure of Nia whose fate is co-mingled with that of a teenager she meets, Cameron Ackerson, in her new town.

“I’m honored to help bring to life Stan Lee’s Alliances: A Trick of Light,” Shahidi said in a statement. “This project has allowed me to dive deeper into a world of imagination created for us by Stan Lee, whose stories seem to always transcend time.”

Liberman and Silbert both have nothing but giant kudos for their young star and have said in an exclusive statement to ETOnline that, “at its heart, A Trick of Light is about the need for human connection and the power that comes from youth-led action and discovery of collective purpose. Yara embodies all of that and more. Her thoughtful social engagement and passion for science and technology echoes so much of what Stan was aiming for in this new universe. We can’t wait for Yara to present this story to the world.”

Alliances: A Trick of Light will be available for download from Audible on June 27th. Are you going to download? We want to hear from you?