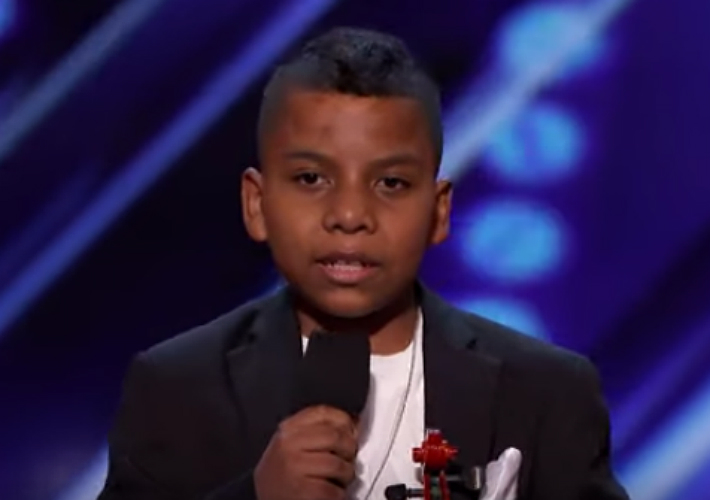 Tyler Butler-Figueroa was the 11-year-old violinist who brought awe and wonder to the America’s Got Talent stage during Tuesday night’s episode. The youngster was so good at his craft and overall performance that Simon Cowell gave him the prestigious Gold Buzzer approval.

“I wanted to start playing the violin because I was being bullied in school,” Tyler told the judges when asked about his interest in playing the instrument. The 11-year-old went on to tell the crowd that kids bullied him “because I had cancer and I almost died.”

Tyle was diagnosed with leukemia at 4-years-old. His mother received the devastating news in the emergency room.

“One day we were out to dinner and we said, ‘Something doesn’t look right with Tyler.’ He turned kind of pale,” Tyler’s mom explained in the interview segment. “So a mother’s instinct said, ‘Let me get him to the emergency room.’ They were like, ‘Let’s take some blood work and we’ll be back.’ The doctors came in and said, ‘Yeah, he does have cancer.’ And it was the worst day of my life.”

From pain to triumph seemed to be the theme of Tuesday night’s performance as Tyler impressed the judges and audience members to the point of receiving a standing ovation. Simon Cowell, who has built a name for himself because of his strict judging, was so impressed that he rang the Gold Buzzer for Tyler.

“When the gold was falling it just felt like it was in slow motion,” Tyler told media after the incredible moment. “I was just crying. I gave my mom a hug. It just feels like a dream come true.”

A Gold Buzzer means that Tyler has a spot during the Hollywood show at Dolby Theatre. Tyler will compete against other contestants who had to go through the dreaded Judge Cut segment to secure their spots at the Dolby Theatre.