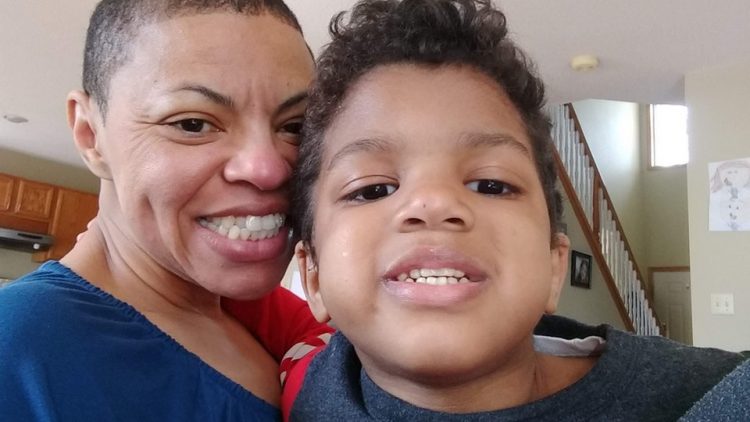 Lil Nas X and Billy Ray Cyrus’s “Old Town Road” has dominated not only the airwaves but has held steady on Billboards Top 100 for weeks. However, for Sheletta Brundidge and her four-year-old son Daniel, who has a non-verbal form of autism, “Old Town Road is proving to be much more than just a song.

Even when Daniel broke his foot, he could not tell his parents that he was hurt. “Daniel couldn’t tell us he was hurt,” the Minnesota mom told TODAY Parents. “One day, he just refused to walk, so we took him to the doctor for an X-ray.”

But, recently, it seems as if Daniel has found his voice and it is all thanks to the catchy tune from the famous duo. On June 3rd, the young fan began humming the song as his mother washed dishes. “At first I thought I was hallucinating,” Daniel’s mother told TODAY Parents. “When I realized it was really happening, I almost started screaming, but loud noises are upsetting to Daniel, so I stayed very calm.”

And of course, doing what all mom’s do when their children do something amazing, Sheletta took out her phone cell phone and captured the miraculous moment.

We had an #oldtownroad miracle at my house. My son Daniel has #autism and doesn't talk. We caught him humming the @LilNasX and @billyraycyrus tune the other day. Then Bless God, my baby started singing the song on his own. His therapists have started to use it in his sessions! pic.twitter.com/vtCNWeg6ax

But, the amazing young man didn’t stop there.

“Daniel went from humming to actually singing the lyrics,” Sheletta told TODAY Parents. “I was crying so hard that tears were dropping on his head. I was like, ‘This is the beginning. This is the light!’ It took him 6 months to learn the letter ‘A’ using flash cards, but he taught himself a song all by himself.”

Brundidge’s video went viral with more than 1.32 million views and even Lil Nas X  commented on the tweet and posted, “What a king.”

Of course, Brundidge and her husband immediately called a meeting with their therapists and have begun to institute music into their son’s therapy, going beyond the typical nursery rhyme standards. If Daniel has given “Old Town Road” his seal of approval, we definitely think that it should be in your top ten iTunes rotation.

CASSIE VENTURA ANNOUNCES THAT SHE IS PREGNANT BY BOYFRIEND ALEX FINE