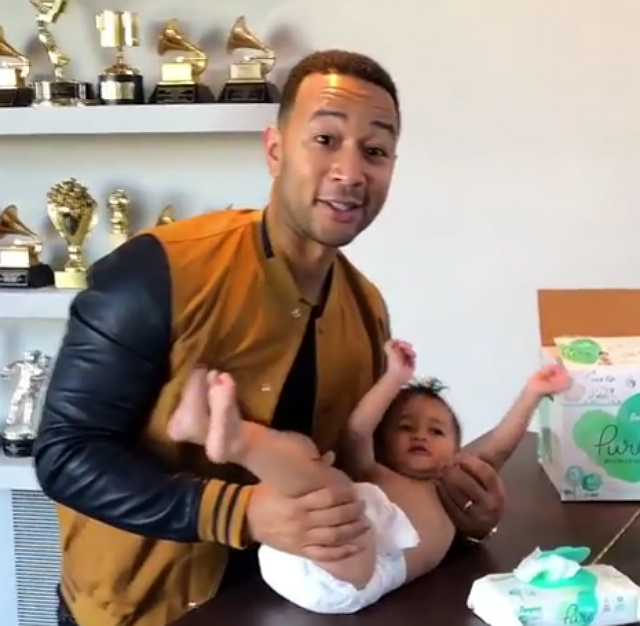 John Legend is teaming up with Pampers to bring more changing tables to men’s restrooms throughout America. The celebrity father decided to take on the task after having limited access to changing tables while caring for his son, Miles, and daughter, Luna, in public.

“It all started from an organic situation which was that Chrissy and I both shared diaper-changing duties with Luna,” John says of his new mission. “We really started getting behind the idea of dads having diaper duty and that being a part of co-parenting,” he explains.

“Then Pampers and Koala Kare came together to say, ‘You know what? We’re encouraging dads to change diapers and be active parts of the parenting duties, but a lot of times, the facilities aren’t built for that to happen.” Hence, an idea was born.

John Legend and Pampers are carrying their message of insufficient facilities in the area of changing tables in men’s restrooms to everyone who will listen.

“I’m glad that we’re highlighting this issue,” John Legend told the press. “Overall, it’s part of a movement that we recognize [the] duties of parenting and running the house should be shared more equally between partners,” he continued. “We want to make sure that we do our part to make that message heard. I think making the changing stations available is gonna make a difference for a lot of people.”

DENISE VASI IS READY TO POP!

DENISE VASI IS READY TO POP!