Home » NEWS » T.I. AND DAUGHTER HEIRESS HARRIS ARE TOO CUTE IN THEIR LATEST TRIP TO THE BEACH

T.I. AND DAUGHTER HEIRESS HARRIS ARE TOO CUTE IN THEIR LATEST TRIP TO THE BEACH 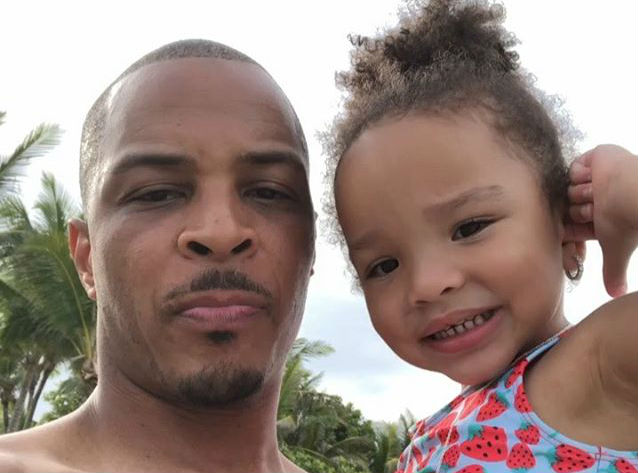 Heiress Harris is giving us the cuteness that we didn’t know we needed this Monday. The little one’s latest video clip with her father, T.I., will warm your heart.

T.I. began the conversation with his daughter this past weekend. The celebrity father pressed record before telling his Instagram fans that he and Heiress were hanging out at the beach. Heiress actually finished her father’s sentence by telling online viewers that she was spending time with her father on the beachfront.

Heiress wasn’t too interested in swimming in the water, either, as she told her father that she did not want to get in the ocean. “No,” the toddler said.

T.I. could not help but bask in the beauty that surrounded them. “Look at us,” the celebrity father said. “Isn’t that something,” he asked his daughter. Heiress eventually responded by saying, “Oh, look at the view.”

It was just a few weeks ago that Tiny Harris and Heiress’ interaction with one another at home went viral. The little one expressed her frustrations and even began to yell a bit. All tensions calmed down, though, when Heiress thought that her father was on the phone. “Oh, hi, daddy,” the toddler said into the smartphone’s receiving end. “Girl, bye,” Tiny said in response to her daughter’s quick change of heart.

Heiress Harris is T.I. and Tiny’s youngest child. The celebrity couple parents seven kids in all. You can see all members of the Harris family on T.I. & Tiny: Friends and Family Hustle, which airs every week on VH1. Stay tuned for more celebrity family news!

TOYA WRIGHT WANTS HER DAUGHTER, REGINAE CARTER, TO PORTRAY HER GRANDMA IN A PLAY

TOYA WRIGHT WANTS HER DAUGHTER, REGINAE CARTER, TO PORTRAY HER GRANDMA IN A PLAY