TAMERA MOWRY-HOUSLEY IS DONE HAVING KIDS: ‘PARENTING IS WORK’ 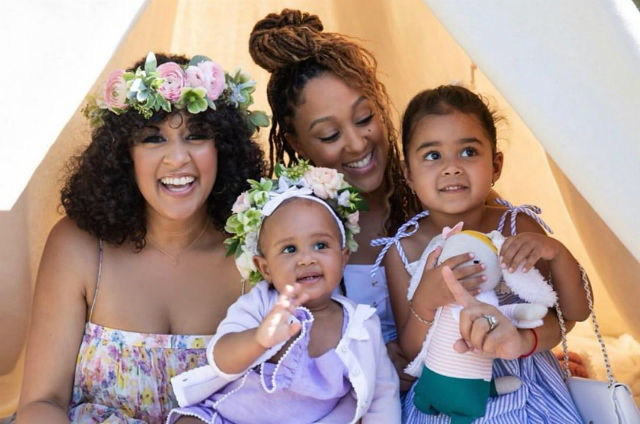 Tamera Mowry-Housley is definitely a Renaissance woman. She is an Emmy Award-winning talk show host, actress, businesswoman, wife, and mother. She has accomplished many things in her 40-years and has been very deliberate and decisive with her life’s choices. So when the supermom of two told Essence Magazine that she was finished having kids, fans and family alike know that she is done.

“I’m done having kids,” she told Essence Magazine in an interview. “My kids are at the age right now—and I talked about this on The Real—where parenting is work.”

Parenting is unquestionably hard work when you are trying to instill accountability and responsibility into your children.

“You’re not just changing diapers and taking really cute pictures with your baby you know?” she explained in the interview. “I am trying to instill some really good characteristics and morals into my children’s lives. I taught them at the very young age the song clean up, clean up. I just got tired of cleaning up after them! After a while I was just like guys, ‘I’m your mom. I’m not your maid. You have to learn how to do this yourself.’”

Mowry-Housley and her husband are parents to 6-year-old Aden and 3-year-old Ariah.

Recently, Mowry-Housley partnered with two companies that will help people tune into the little family moments in life-ice cream company Blue Bunny, who hired Task Rabbit, to help take chores off of people’s hands so that they can enjoy more free family time. “[The initiative is]  “really cool” [because] “they’re actually taking on tasks, like the most boring everyday tasks, that individuals have to do so that they can achieve that fun time for themselves.”

In terms of acting, what is on the horizon for this multi-tasking mom? Well, she is patiently waiting for a script to match her original 90’s hit show, Sister Sister‘s, quality. In the age or remakes, she will settle for nothing less.

“The timing has not presented itself and also the material. We know you guys want it. We want to make sure that it is bomb! I’m not gonna just do it just to do it,” she said in regards to a reboot of the show. “Every episode of Sister, Sister had like a moral theme, but we weren’t corny about it. We drank and we smoked, but at the same time we had Jackée [Harry] and Tim [Reid’s] characters being like ‘Uh uh. Don’t get crazy now!’ I think Millennials now will like it. You can still have morals and values, and still be cool and be trendy.”

The idea of a possible Sister Sister remake is mind boggling! We cannot wait to see that possibly happen. In the meantime, we will continue the journey with Mowry-Housley as she continues to take on the world!