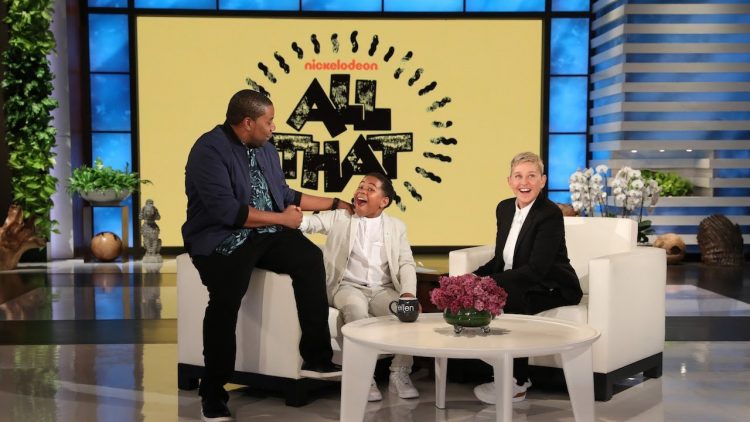 You remember the young rapper, Young Dylan that took over The Ellen Show with his incredible talent and award-winning smile? Well, he is back on the hit daytime television show and Ellen brought on Kenan Thompson to give Young Dylan the biggest surprise of his life.

If you know Young Dylan, then you know it is his dram to become an actor and work on a Nickelodeon series. Ellen believes in making dreams come true and of course, that extended to her 10-year-old rapping friend.

Nickelodeon is rebooting the sketch comedy, All That and OG cast member, Kenan Thompson, helped out Ellen by surprising Dylan with a guest starring role on an episode of the remake.

The new All That will be executive produced by Kevin Kay, (All That, SpongeBob SquarePants, LipSync Battle), and Kenan Thompson. Comedian Jermaine Fowler will also join the production team as consulting producer on the series. The revival of the 90’s hit sketch comedy will hit the airwaves this summer!