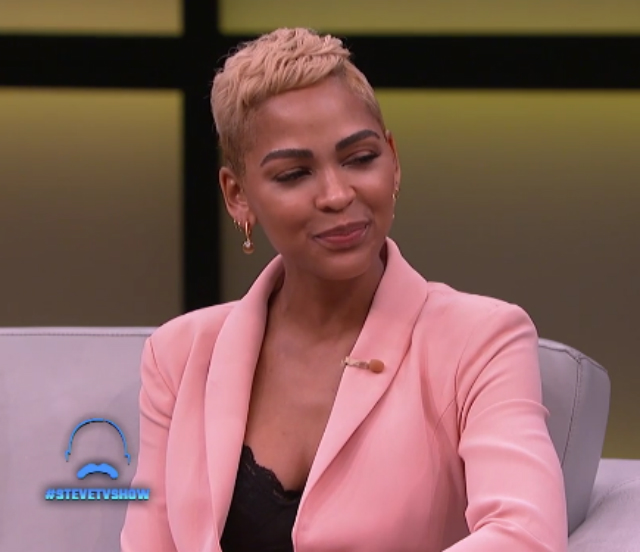 Meagan Good is ready for kids. The Intruder actress tells Steve Harvey that she is at a place in life where motherhood is a possibility.

“I was one of those people who knew I would be a mother later in life,” the actress shares. “I think I’m in a place now where I’m actually ready,” Meagan concludes. Steve Harvey tells the actress that she would make a good mother. Meagan responds by saying, “I receive that.”

Meagan Good joins Dennis Quaid and Michael Ealy in the upcoming thriller, The Intruder. The film centers around a young couple (Annie and Scott Russell) who moves into a home once owned by a widower named Charlie Peck (Dennis Quaid). Charlie refuses to completely part ways with the home, which has been in the family for decades, and proceeds to make the Russells’ lives a nightmare.

Annie Russell (Meagan Good) is quite the evolving character as she goes from the all-trusting wife to the warrior woman who ends up saving the day. Good tells media that the film’s director, Deon Taylor, created such a progression on purpose.

“He’s very intentional,” the actress shares. “He directs as a director, and then takes a thousand steps back, and sees it as the audience. He wants to create those moments for the audience,” Good adds. “He wanted me to get there authentically, so once I leaned into what Deon intended, it was easier to understand.”

Fans of Meagan Good can see her authenticity on the big screen when they get tickets to see The Intruder. The film is now playing in theaters nationwide. Catch Meagan’s interview with Steve Harvey on the upcoming episode of STEVE, which airs on Friday (May 3).