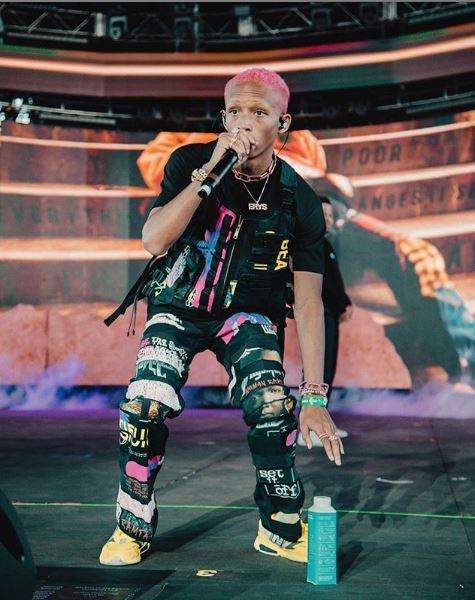 When you are a “Smith,” it seems as if it is nothing less than a family tradition to push the envelope to take your performance, clothing line, etc. etc. to the next level is nothing new. For Jaden and Willow Smith, they made good on making sure that the 2019 Coachella Music Festival audience was left in awe by their set.

Twenty-year-old Jaden went on a flying ride in a Tesla with bright pink hair and an outfit to match, while 18-year-old Willow was attached to cords and took to the air as well.

“I fell in love with this very festival when I was 15 years old,” Smith told the crowd. “Now I’m back. We just lost a legendary person, an amazing man, a legendary MC, so I want to use this time here up on stage on Coachella to just say R.I.P Nipsey Hussle. We love you.”

In addition to his sister, Smith invited friends Jordyn Woodson and Harry Hudson to join him on stage during his set. Hudson actually sung backup for the “Ghost” singer. Kendall Jenner and Hailey Bieber also put in an appearance in the audience during Smith’s set to cheer on their friend.