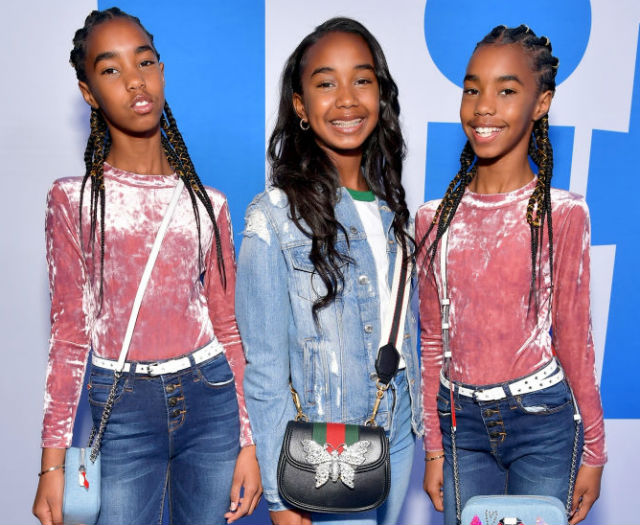 Sean “Diddy” Combs’ daughters Chance, D’Lila, and Jessie posed on the blue carpet at the Little premiere on April 8. For the outing, twins D’Lila and Jessie wore matching velvet pink bodysuits paired with jeans and their sister Chance complemented the girls’ outfits by wearing a denim ensemble as well. 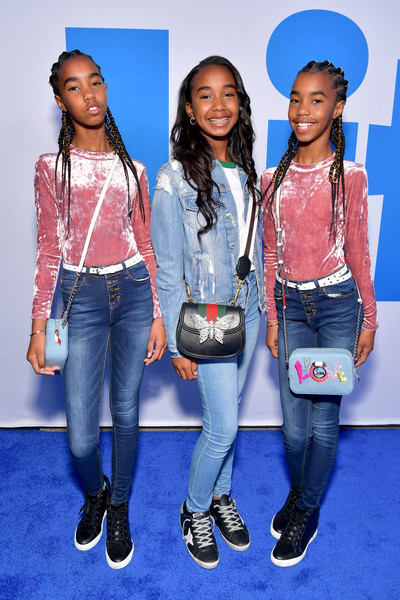 Despite keeping themselves busy the last few months, the Combs twins are still grieving the death of their mom, who died in November of 2018.

Diddy, who shared three kids with the late model,  shared on Instagram this past weekend that he was missing his former girlfriend.

“I know, I know, GET MY S— TOGETHER! Message received. I miss your looks checking me,” Combs wrote over a photo of Porter.

Diddy shared kids Christian,21, and  Jessie and D’Lila, 12, with the late Kim Porter. 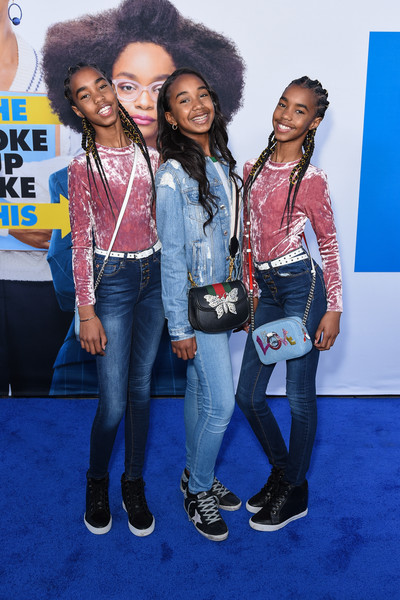 LAUREN LONDON: “NIPSEY LOVED HIS KIDS, WAS A FAMILY MAN”