It Was Canon's First Game! 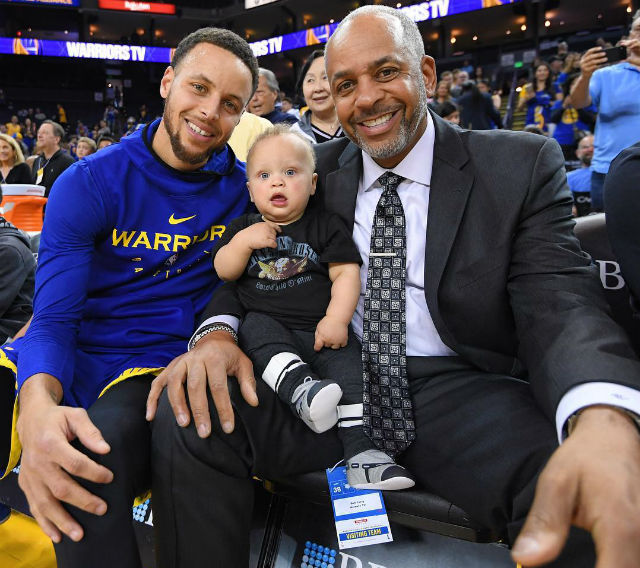 Three generations of Curry! Stephen Curry had the support of his son Canon Curry and his dad Dell Curry at the Golden State Warriors’ game against the Charlotte Hornets on Sunday.

The meet was the first time that Canon saw his father in action. Canon sat on the sidelines and served as one of Steph Curry’s biggest fans as the NBA champion led his team to victory. The Warriors beat the Hornets by more than 40 points Sunday night with the final score being 137-90.

Golden State is well on its way to possibly winning another championship. It was just last year the Stephen Curry doted on the success of his team and the Warriors’ ability to be what seems like an unstoppable force.

“We got it done for the third time in four years, and joined a pretty exclusive group that has won three championships, so I’m pretty proud of our team and our group and I’m looking forward to tomorrow,” Curry said after the Warriors beat out the Cavs to nab their third championship over a four-year span.

The celebrity father also commented on what he hoped his daughters – Riley and Ryan – would gain from all of the exposure. “One day they’ll look back and hopefully appreciate the opportunity they had to be a part of championships and seeing how happy we were as a family, as a team, and as an organization,” Steph said.

The Currys will have Canon to go along for the parade ride should the Golden State Warriors win the NBA Championship this year. The NBA playoffs begin on April 13, 2019!