Home » NEWS » DR. DRE BRAGS DAUGHTER GOT INTO USC “ALL ON HER OWN” AFTER $70M DONATION

DR. DRE BRAGS DAUGHTER GOT INTO USC “ALL ON HER OWN” AFTER $70M DONATION 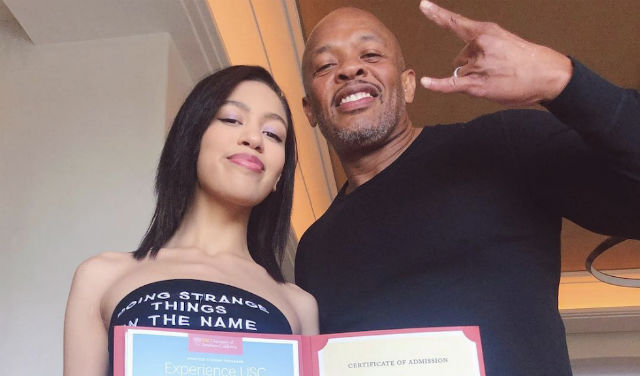 In the midst of the USC scandal another celebrity off-spring gets accepted by the University of Southern and shade has definitely been thrown.

Dr. Dre is definitely proud of his 18-year-old daughter, Truly Young who got into the University of Southern California with plans to study film. The music mogul took to Instagram, praising his daughter, stating, “My daughter got accepted into USC all on her own. No jail time!!!”

Fellow A-listers in the industry also congratulated Dre’s daughter on her acceptance. However, some fans were quick to point out that in 2013, Dr. Dre and Jimmy Lovine donated $70M to USC in order to establish the Jimmy Lovine and Andrew Young Academy for Arts, Technology and Business of Innovation.

In lieu of the most recent scandal involving actresses Lori Loughlin and Felicity Huffman, among others, college admissions has just gotten a lot more interesting. What do you think? Sound-off, we want to hear from you!

KANYE WEST, KIM KARDASHIAN, AND KIDS LEAD AN EFFORT TO SELL YEEZYS AND LEMONADE IN SUPPORT OF MENTAL HEALTH