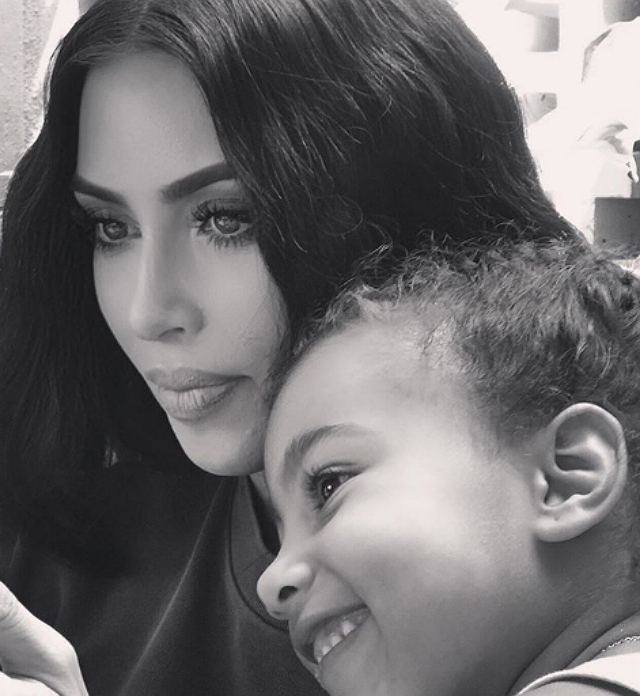 Kanye West and Kim Kardashian have been holding Sunday morning services outdoors, and their daughter, North West, is here for it. The oldest daughter of Kim and Kanye was filmed while dancing at her mom and dad’s service this past weekend.

The choir was singing a song that encouraged congregants to lift themselves up when North felt the rhythm. The youngster smiled while dancing alongside her friend. North’s smile widened when her father broke the music down so that she could have a moment to sing on the microphone. The little one did not say anything but instead decided to dance more freely.

Some online critics took note of North’s makeup and tried to shame Kim. Many viewers, however, were more intrigued by the notion of outdoor Sunday services. “How does one get involved in this church,” one of Kim’s Twitter fans asked. “Kanye, invite me,” the follower petitioned.

Kanye West and Kim Kardashian certainly show little signs of stopping their Sunday morning services. It was just this past weekend that DMX conducted the opening prayer for the ceremony. The rapper’s passion exuded through the mic as he prayed. “Take me to church, DMX,” one Twitter fan wrote after hearing the prayer. “This is the only church I would attend,” another social media follower shared. “How can I be accepted by this beautiful congregation?”

The Sunday morning services by Kim Kardashian and Kanye West are sort of redemptive considering the tumultuous year that Kanye had in 2018. The rapper created a bit of an uproar after his comments about slavery in the United States went viral. Kanye was also slammed for wearing a “Make America Great Again” hat and openly declaring his love for President Trump. Many accused the rap artist of failing to understand the social justice issues at hand. Some even boycotted Kanye’s music and apparel in protest to his words and actions.

All could be forgiven in the near future if Kanye continues down the past of religion via Sunday morning services. Social media fans certainly seem to find the ceremonies a breath of fresh air compared to more traditional church settings that take place indoors. North West is definitely feeling the Sunday morning vibes!

Her favorite part of the week is dancing during Sunday Service pic.twitter.com/yhiDhBqBY5

BCK Asks: Would you attend one of Kanye West’s Sunday morning services? Do you think that religion is taking on a new meaning in this present era?

THE LATEST 'AVENGERS: ENDGAME' TRAILER WAS THE SECOND MOST-WATCHED TRAILER EVER WITHIN 24 HOURS

THE LATEST 'AVENGERS: ENDGAME' TRAILER WAS THE SECOND MOST-WATCHED TRAILER EVER WITHIN 24 HOURS