"It Made Me Feel Better" 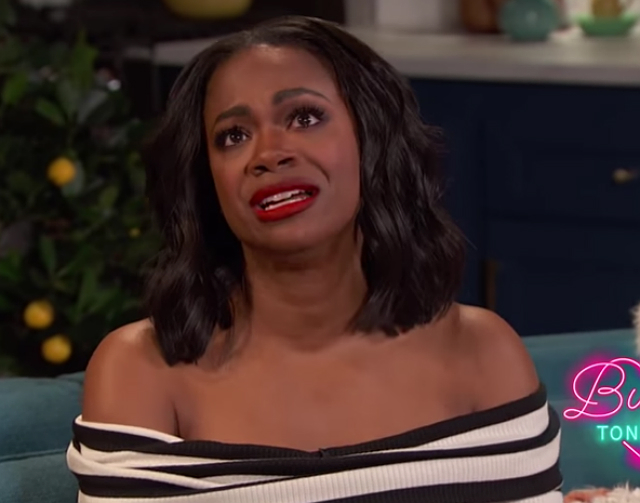 Kandi Burruss could not hold back the tears as she talked about Andy Cohen’s surrogacy advice that helped her feel better about the process. The Real Housewives of Atlanta star shared her story with Busy Philipps of Busy Tonight.

“I’m pretty much an open book,” Kandi said when asked about her willingness to delve into the surrogacy process while the cameras were rolling. “I had to go through the IVF process to get my son, and I have been having some issues,” she explained. “And this is something we were discussing, so I felt like, you know what, why hold back? I might as well talk about it. I think it’s important to share.”

Kandi knew that she wanted to expand her family with another child. The celebrity mom, however, was a bit apprehensive about the surrogacy option. Andy Cohen helped Burruss see and appreciate the benefits of the process.

“I had made a comment. I said something like, ‘I guess I’m gonna have a baby mama,’ and [Andy] said to me, ‘Don’t you ever say that because you are the mother. And to say she’s your baby’s mom is taking away from you.’ It made me feel better.”

It was after that encounter that Kandi learned of Andy Cohen and his partner’s decision to pursue surrogacy for family expansion. “At the time I didn’t know that he was doing it too,” Kandi admitted. “And then when he announced it, he hit me up immediately and said, ‘Now you see why I felt so strongly?'”

Kandi Burruss and her husband, Todd Tucker, are in the process of having a second child together by way of a surrogate. The new family addition will join Kandi and Todd’s son, Ace Wells Tucker, at home. Both Kandi Burruss and Todd Tucker have daughters from previous relationships in addition to their son. Stay tuned for more Real Housewives of Atlanta baby news!

KHLOE KARDASHIAN ON HER LONG NAILS: 'I TAKE CARE OF MY BABY'